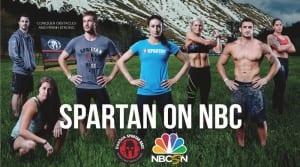 Last week, NBC announced it would be ordering a new show tentatively called “Spartan Race” and it would be produced by American Ninja Warrior producers A. Smith & Co. Productions. This marks the latest in a series of programming continually pushing OCR into the mainstream media. The announcement was picked up around the internet with mainstream websites such as MSN, USA Today, Deadline, Hollywood Reporter and more. While obstacle racing has graced magazines such as Men's Health, Outside Magazine, Forbes, Huffington Post and other media outlets it is often written up as an activity as opposed to a competitive sport. While the announcement is not the first time for Reebok Spartan Race to grace the airways it is a new format.

History of OCR on Broadcast Television

The first major television broadcast was on the Comcast Network of the now defunct Hard Charge. They made a go at turning OCR into a televised spot until the company closed up shop. Reebok Spartan Race, penned a one time deal leading up to the 2013 Spartan Race World Championships in Vermont with NBC Sports to cover the championship.

After the first broadcast the two companies partnered for a full season consisting of several episodes on NBC Sports with the championship airing on NBC. This was a major landmark in 2014 when Reebok Spartan Race aired on one of the major three networks. A partnership that would be renewed once again in 2015.

BattleFrog elevated obstacle racing once again in 2015 with it's ESPN2 Collegiate Challenge, a three part series of teams racing on a short course. This was the first time a short course format was broadcast on cable television.

History of the Short Course


The first introduction to a short course version of OCR was in early 2012 by Junyong Pak and the team behind Epic Arena. Although the venture never got off the ground the idea was to create a short course mostly inside an arena. This idea predated the now popular Stadium Race.  Pak and team envisioned a spectator sport that would bring the masses and create  challenging obstacles for the best in the sport. However, the industry was not ready for such an event.

In late 2013, two ideas were happening parallel to each other, Hobie Call was working on a new race format as well as Brett Stewart. Both men saw potential in OCR but both saw it as a short course format. Call like Pak saw a race taking place on a football field or a soccer pitch, making it spectator friendly. He envisioned a system like cross country with teams of four lining up on the starting line. The team's top finish places would be the team overall place. While the partnership with Call and Extreme Nation was ill-fated; Stewart successfully launched OCR Warrior in May 2014 as a web-based show airing on Mud Run Guide.

Call had wanted a team event, while Stewart wanted to see a head-to-head format with two individuals. Many of Call's original ideas can be seen today as the sport progresses closer and close to broadcast television. Stewart's head-to-head elimination show OCR Warrior has slowly grown a grassroots audience on the internet since it's original inception. This programming has attracted some of the top OCR racers in the industry as well as, popular American Ninja Warrior athlete and host of BattleFrog College Championship, Evan Dollard.

In fall, 2014 at the Spartan Race World Championships another short course was quietly introduced with NBC cameras present. Spartan Race and the producers of the current NBC Sports broadcasts beta tested a new short course format with elite racers. Many from the OCR media were in attendance to watch this hybrid take place. The course was under a half mile and participants had to make several laps on the course. This test undoubtably had an effect on the new show recently announced.

However, it was the BattleFrog Collegiate Championships in 2015 that gave most of the world it's first look at a short course format for OCR. The team relay format gave participants a new view of the sport and combined many aspects from previous attempts.

Future of OCR on Television

Now obstacle racing is about to make it's next big move with the announcement of a new competition show. Jeff Connors of Spartan Race said, “This is an exciting moment not just in Spartan Race’s growth, but the growth of the sport of Obstacle Racing. This platform will bring one of the world’s fastest growing sports to millions. Our hope is that anyone watching the show will be inspired by what they see, and feel called to get off the couch, step outside their comfort zone, and tackle every obstacle that gets in their way. “

Although the details of the show are still under lock and key Connors did say, “…the show will feature a specially designed Spartan course. Teams will be made up of of five racers — two men, two women, and an elite Spartan athlete. They’ll battle each other each episode for a chance to win a large cash prize. Let’s just say this will be unlike anything you’ve ever seen!”

Probably the most exciting part for the OCR industry are the producers behind this new show, “Spartan Race” will be executive produced by A. Smith & Co. Productions’ founders Arthur Smith and Kent Weed (“Hell’s Kitchen,” “Unsung,” “Ellen's Design Challenge”), along with Anthony Storm. The most notable show currently produced by this team is American Ninja Warrior which has already captured the OCR audience.

Looking forward, 2015 will be the year OCR steps out of the shadows and becomes a household name. The new ‘Spartan Race' Show is currently casting visit Spartancasting.com for more information.