It Takes A Tribe: Will Dean’s Book about Tough Mudder Coming in September 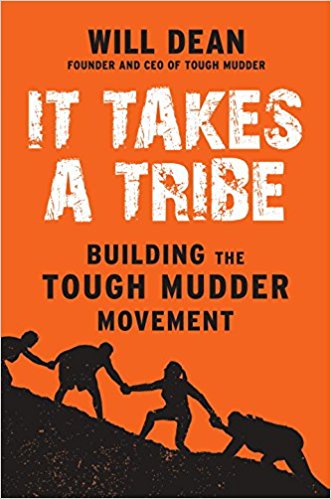 The news was just released that on September 12, 2017, It Takes a Tribe: Building The Tough Mudder Movement will be available from all major booksellers. Will Dean the co-founder and CEO of Tough Mudder will share the rise of the Tough Mudder movement and lessons learned along the way. Back in 2008, Dean's professors at Harvard Business School called his idea a terrible idea. In his new book, he chronicles how this terrible idea became a global business.

The book is currently available for pre-order on Amazon, Barnes and Noble, iBooks, and other major booksellers. This book is sure to be a hit for anyone looking to learn more about the inner workings of Tough Mudder, it's history or entrepreneurship in general.

In 2008, former UK counter terrorism officer and marathoner Will Dean, was determined not to follow his fellow Harvard Business School classmates to either Wall Street or Silicon Valley. Having just finished another long training run tired of monotony of going it alone mile after mile, he came up with the idea for Tough Mudder – trudging through fields of mud, overcoming obstacles filled with ice water, electricity and stacks of burning hay. His professors told him the business would be an epic fail, and everyone thought he was crazy. Dean proved everyone wrong in a huge way. Tough Mudder spawned a fitness revolution that is an international business success and put the OCR industry on the map.

This book shows how this “epic fail” is now leading a global tribe of millions highly engaged and addicted participants who are united by a commitment to promoting courage, personal accomplishment and teamwork through life-changing experiences. It’s an amazing true story of team spirit, creativity, smart entrepreneurship, deeply held values, and a whole lot of mud.