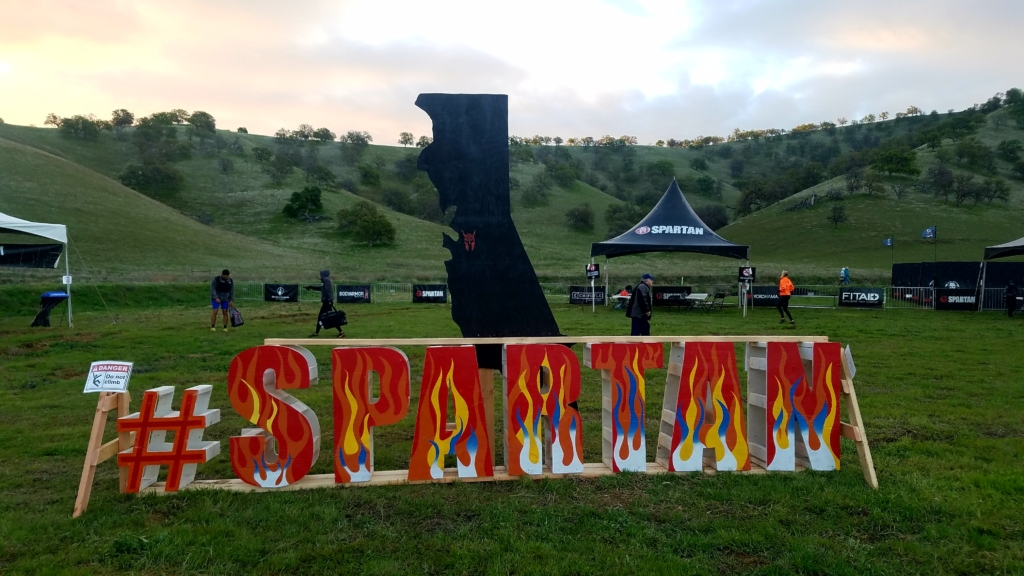 On March 24th, Spartan returned to Diablo Grande just outside of Patterson, CA to host the Spartan Super, this was also the first of five races in the Spartan National Race Series with the Men’s and Women’s elite heats starting at 7:30/7:45 AM respectively. I arrived at 6:00 AM to take pictures and get a good view of obstacle placement, terrain assessment and to watch the elites finish. Arriving this early also allowed me to walk from the main parking area that was about 3/4 mile from the event (you could pay extra for VIP which was closer) to the registration tent with no lines to speak of this early. Once in The festival area, it wasn't completely ready to go when I got there, a lot of vendors hadn't set up their booths with their product and wouldn't until about 7:30. But I was able to get a cup of strong coffee to warm me up since the temperature was a chilly 38 – 40 degrees when I arrived. 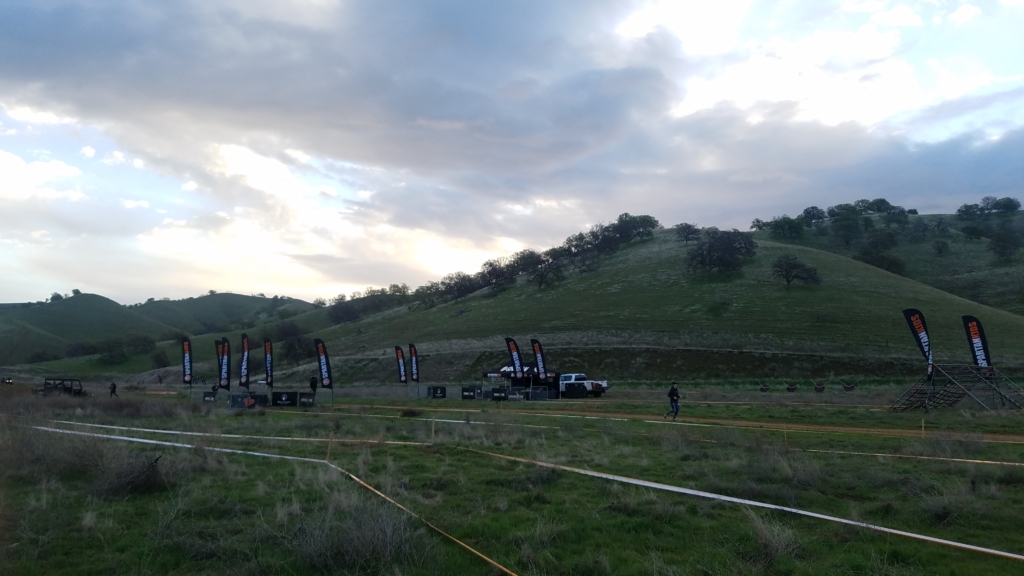 My start time was at 10:30, the weather had only warmed up about 10 degrees by this point but I left the gate with my spirits high and ready to destroy this course, over the short walls and through mud misery and roughly a quarter mile to the base of a hill that I will call “Spirit Killer”, because that is pretty much what happened here. No one ran up this hill, not even the elites.  I continued pushing up this hill slowly and once I thought I had reached the peak…….. just kidding, still upward. The course continued this pattern for almost a mile until I came to the monkey bars where the penalty was not burpees, it was a barbed wire crawl along the ridgeline with rocks and cow manure.

As I continued, the course followed it’s same painful pattern, straight up and straight down, it was about this time that nature decided to help add some difficulty to the course as it began to pour down rain like a monsoon, everyone was sliding downhill whether that was their intended direction or not as they made their way to the next obstacle, the Hurdles had to be done uphill after which the sandbag carry was done on one of the steepest inclines I have ever seen during a race. Following a downhill sprint, I came to bucket carry 2.0, the redesigned bucket carry that is pre-filled and has a lid, which is much easier to accomplish than the normal bucket carry due to maneuverability and grip change options. The 6’ wall was next followed by a ¾ mile sprint to the Yokohama tire flip, Plate Drag, Atlas Carry, Olympus, Hercules Hoist and Spear Throw. From there I had a ¼ mile dash to the next two obstacles, the 7’ wall, and the Rope Climb then a short jaunt to the A-Frame, up and down some smaller hills to the Z-Wall, Twister, and Bender.

A new obstacle for me shortly a ¼ mile down the hilly terrain was the Farmers Log Carry, two logs with chain handles, you pick them up and walk 30 feet, drop them, pick them up and return. It is fitting that such a simple task is put before what came next, as you come up to the base of what I will call “Mount Doom”, this is not the official name of this hill, but by this time, the legs are tight and on the verge of cramping and that name is what went through my head as I approached. The elevation was between 1200 and 1300 feet, but it was the steep angle that you had during your ascent that made it so difficult. The cramping was bad here and I wasn’t alone, the hill was dotted with other Spartans, some even crying while rubbing the cramps out of their legs, it could be compared to a scene of torment from Dante’s Inferno. Coming down the hill wasn’t much better until you reached a short patch of flat ground to work out the cramping right before the Stairway to Sparta and then onto the Vertical Cargo Net Plus. Barbed Wire Crawl 2 was an uphill crawl, something I haven’t faced in a race but was an interesting addition to an already fresh and challenging experience, about a ½ mile following this the Rolling Mud/Dunk, Slip Wall, Inverted Wall and Multi Rig were back to back before you sprinted, limped or crawled across the finish line. 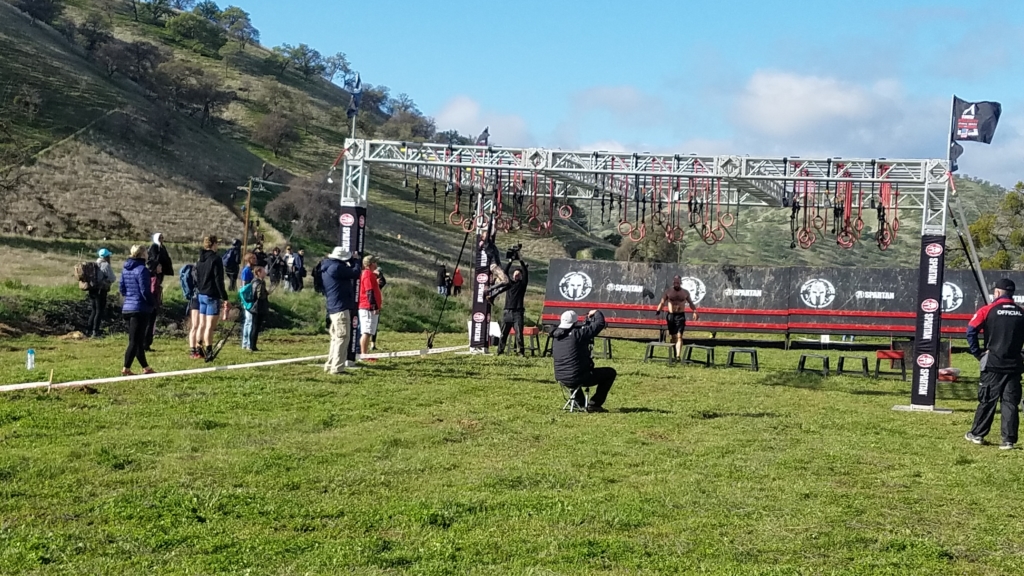 Myriam Guillot-Boisset making her way through the Multi -Rig to take 3rd in the Women's Elite.

This race is going to be one I remember forever, it is one of nine for the 2018 season for me and it has set the bar high for the following venues as far as the challenge goes, the incline on some of the hills were insane and it was few and far between that I found flat ground to run on, the weather also added an element of difficulty that gave you a great sense of accomplishment once you completed those muddy hills. I would love to race this course again in the future and will return in 2019 if Spartan returns to Diablo Grande.