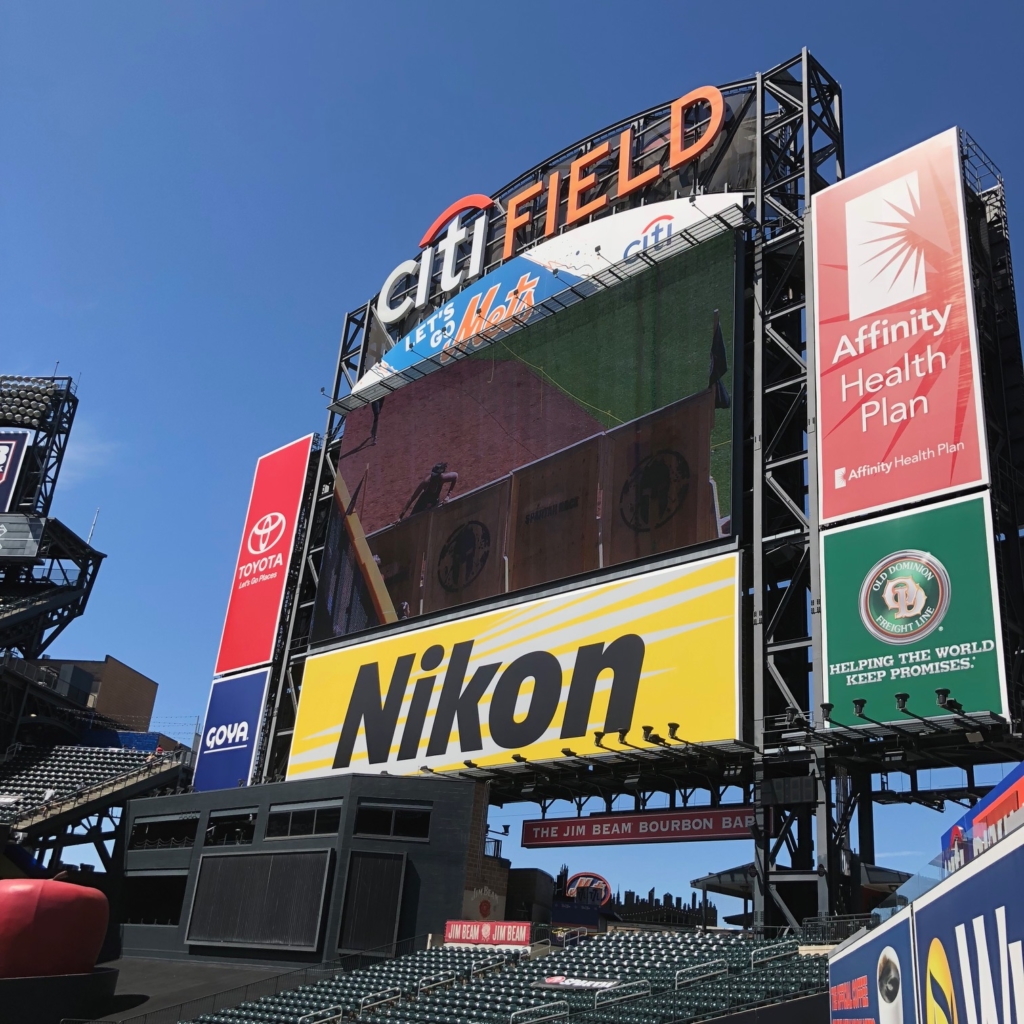 For some, their OCR season is in full swing. For me, the Spartan Stadium Sprint at Citi Field was my first race of the year and it didn’t disappoint!

The race was held on Saturday, April 21 at Citi Field, home of the New York Mets (Let’s go Mets!). For those not familiar with New York City, the stadium is in Flushing Meadows–Corona Park in the borough of Queens and was about 110 miles from my home in New Jersey. I raced with my twin sister Patti and our friend, Spartan SGX coach Allen Dowhie, Jr. (check him out at @allen.dowhie_sgx). With a 12:15 pm open wave start, we had plenty of time to get there and arrived around 10:30 am. Parking was right at the stadium and cost $12 per car (cash only) with only a slight wait. We drove, but taking mass transit was also an option.

We spent a few minutes at registration to get through check-in, but not an inordinate amount of time. My boyfriend also paid $15.00 on-site for a spectator pass ($10.00 if purchased online in advance). We checked our bags for $5.00 and in return received a $5.00 merch credit. Restrooms were open on the main concourse of the stadium as were some concessions.

The festival area was interesting as it was set up in two different areas. Everyone entered the stadium through the Jackie Robinson Rotunda; at the top of the escalator was the Spartan merch table and to the left and right were vendors giving away samples, a pull-up contest from the Marine Corps, bag check and the starting line. Leaving after the race there were additional vendors with samples right outside the stadium. Maybe it was the layout, but I felt like there were more vendors here than at my previous stadium race at Citizens Bank Park in Philadelphia.

There was no major sendoff or words of inspiration once we were in the starting corral, just an AROO! AROO! AROO! The sun was out and the weather was relatively mild at 50-ish degrees with a slight breeze at our start time. Our energy was high and we were ready to go!

Having done a Spartan Stadium Sprint previously, I generally knew what to expect, mainly lots of stairs and mainstays including the multi-rig, rope climb, spear throw, walls, herc hoist, med ball slams, etc. What I didn’t entirely expect was the 10 calories on the Assault Airbike (but I should have, with Assault Fitness being a race partner) and the sandbag carries with the long sandbag as opposed to the Spartan pancake. The course was announced at 3.2 miles with obstacles spread throughout. Several were visible to spectators, including the A-Frame cargo net, as well as many stacked towards the end of the race along the warning track. 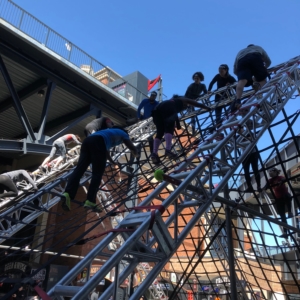 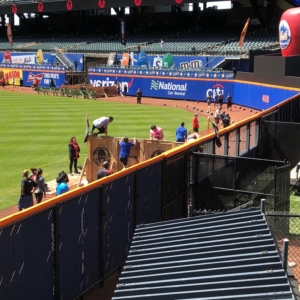 The biggest controversy leading into this race was Spartan’s decision to change the burpee penalty for Stadium races from 30 to 15. Opinions were varied across social media, from relief to disgust.

As a do-er of burpees (hello there spear throw), I personally felt that doing 15 burpees was still a penalty while keeping the race moving. Even though we were in a later wave we experienced minimal backlogs at obstacles for what was advertised as a sold-out race.

Spartan introduced a new medal for the 2018 Stadium Series races but you still receive the Sprint trifecta wedge piece. Finishers also get a Sprint Finisher t-shirt and the usual free beer/banana/CLIF Builder's protein bar. Photos are posted online for download a few days after the race.

Overall, I enjoyed this race. It’s not the sufferfest of a traditional Spartan but, like anything else, Stadium Races can be as challenging as you make them. That said, Citi Field was a championship qualifier for the Spartan Stadium Series, and I expected to see at least one curveball (har har). This was basically a straightforward stadium race.

What do you think about this race? Did you run elite or age group and have a different opinion? How do you feel about the 15-burpee penalty for Stadium races? Let me know in the comments!