I returned to Evansville, Indiana for the 4th Annual EPD Foundation SWAT Challenge for my second consecutive run of this downtown urban course. This was one of my favorite events of 2017, and that’s saying something comparing this local OCR to the several national and international series I competed. With hopes of besting last year’s finish and high anticipation, I left after my two-lap effort wishing I had time for another. 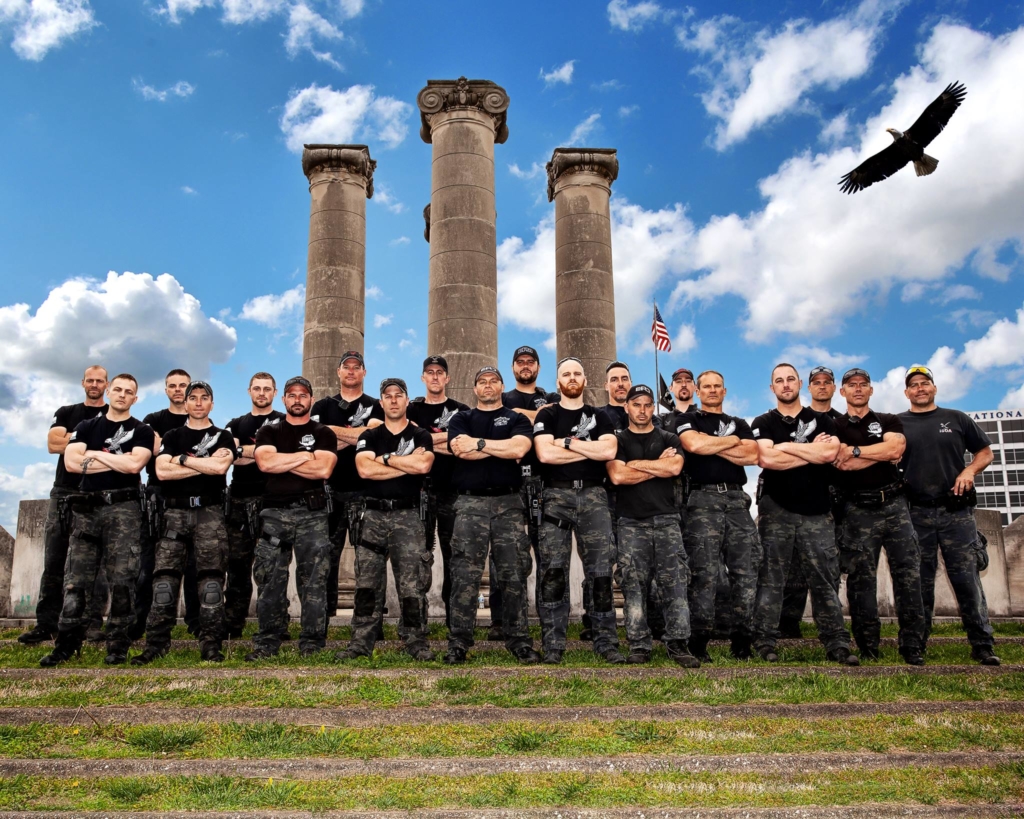 The festival area was situated in Evansville’s Riverfront Park, a scenic walkway alongside the Ohio River and home to the spectacular Four Freedoms Monument, which offered a killer set piece from which to launch racers. The course layout captured the downtown urban atmosphere featuring the city’s heritage as it stretched along a revamped riverfront and wound through dated stone city blocks. The flat downtown area meant the course was predominantly flat and fast, yet the course designer challenged the aerobically-seasoned competitors by using adjacent parking structures and stairs to vary elevation in a way that felt natural to the theme. 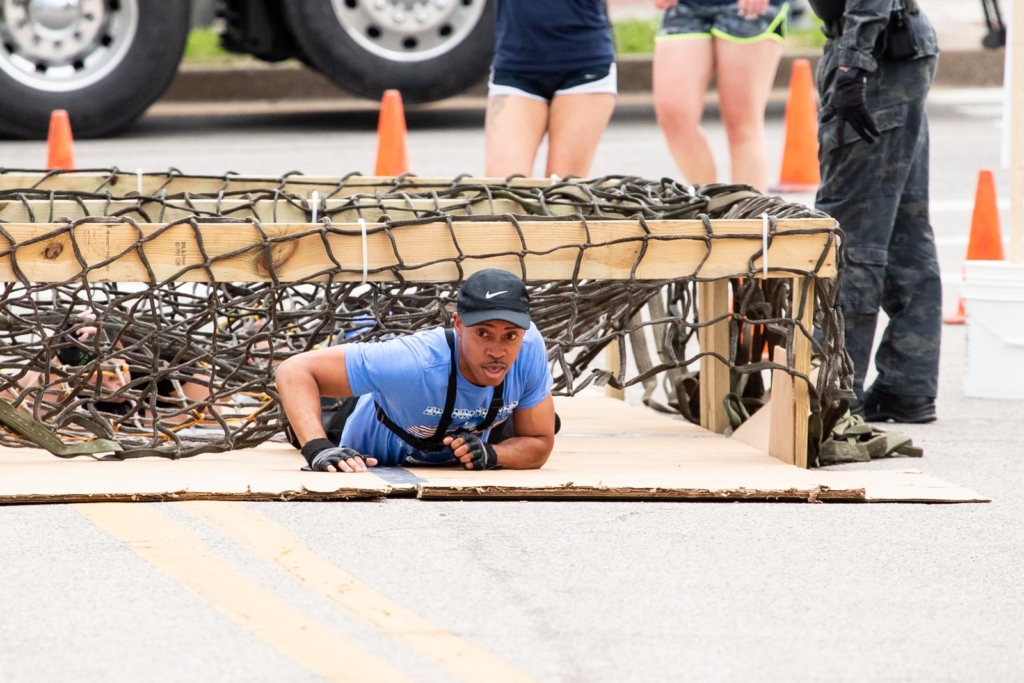 One of the biggest challenges for a local race lies in finding the balance between keeping the fundraising event accessible for all fitness levels while also pleasing seasoned OCR athletes. Kudos to the course designer for this race, because it is bar none the best balance I’ve seen in any OCR—and that includes the bigger series, too. The SWAT Challenge nailed it by allowing obstacles play to the theme naturally by allowing tactical equipment serve as set pieces. Further, in my humble opinion, a true OCR has to have a few key elements: walls, heavy carry, a grip-intensive piece, low crawl, elevation, an element (earth, water, fire), and a surprise—this course had it all. To illustrate, I’ll highlight a few unique or especially notable obstacles featured in this race: 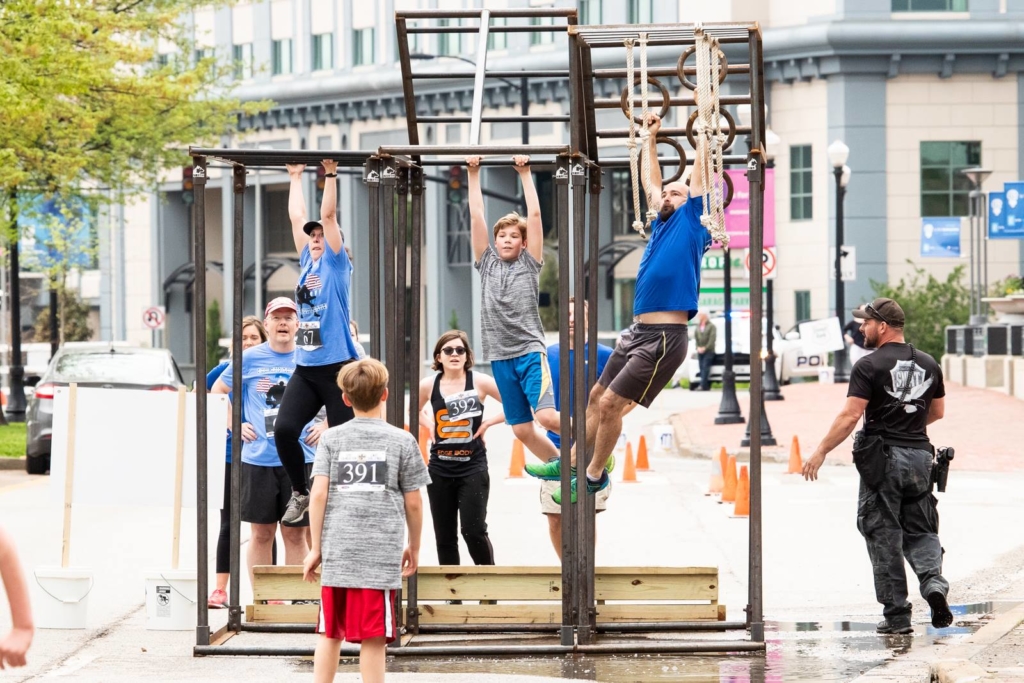 Three Lane Rig: Many of the local races I’ve attended shy away from the grip-intensive obstacles, yet the SWAT Challenge offered three separate lanes of varying difficulty. The ring and rope lane was no joke! 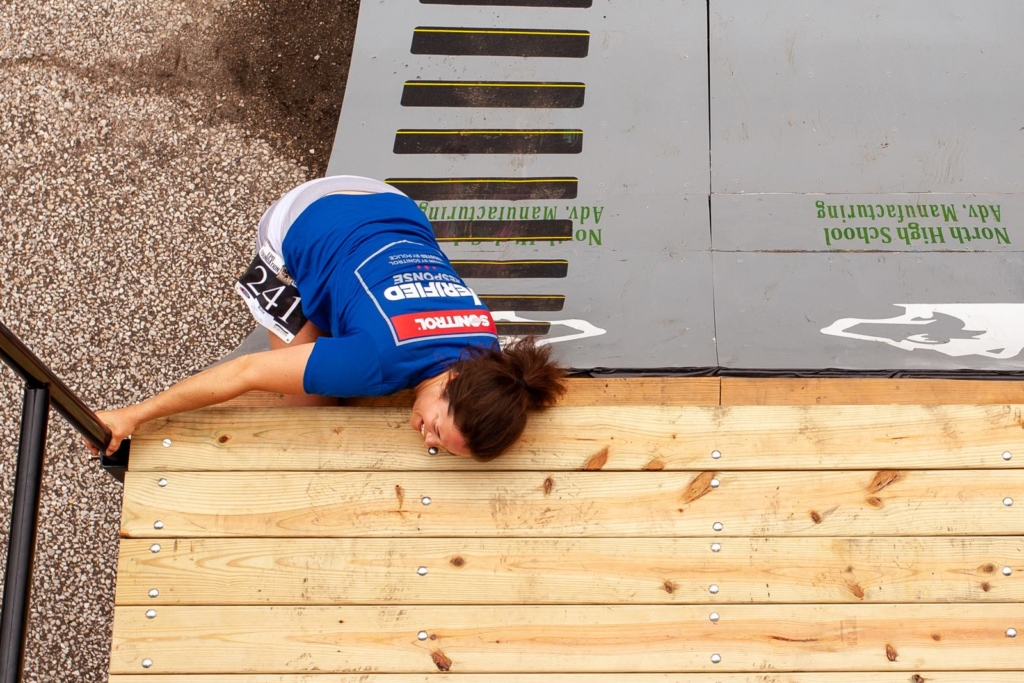 Warp Wall: This is a piece that I only expect at larger series due to the complexity of the design. The wall this year was even better and offered grips on the one half to assist runners up the slope. 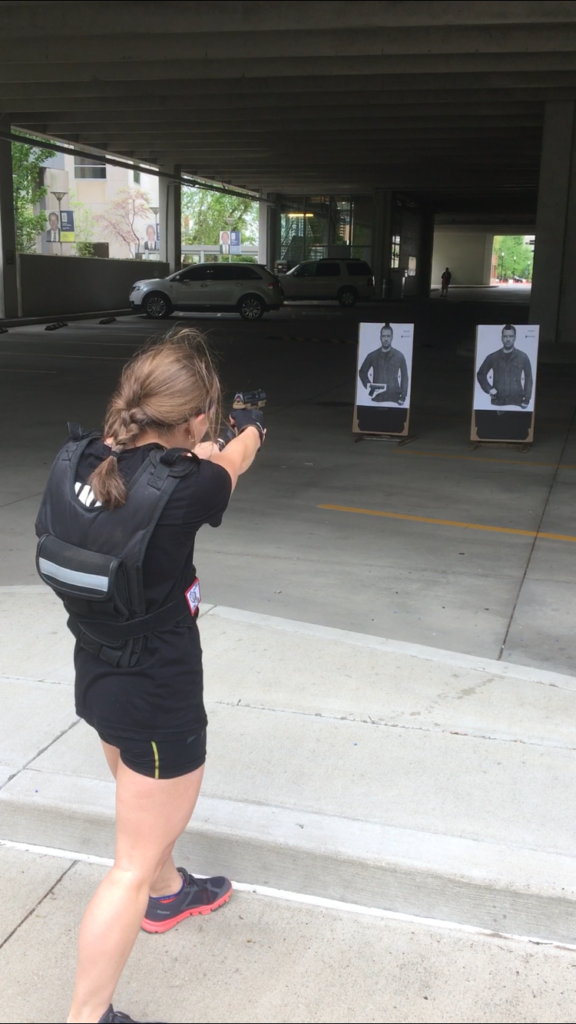 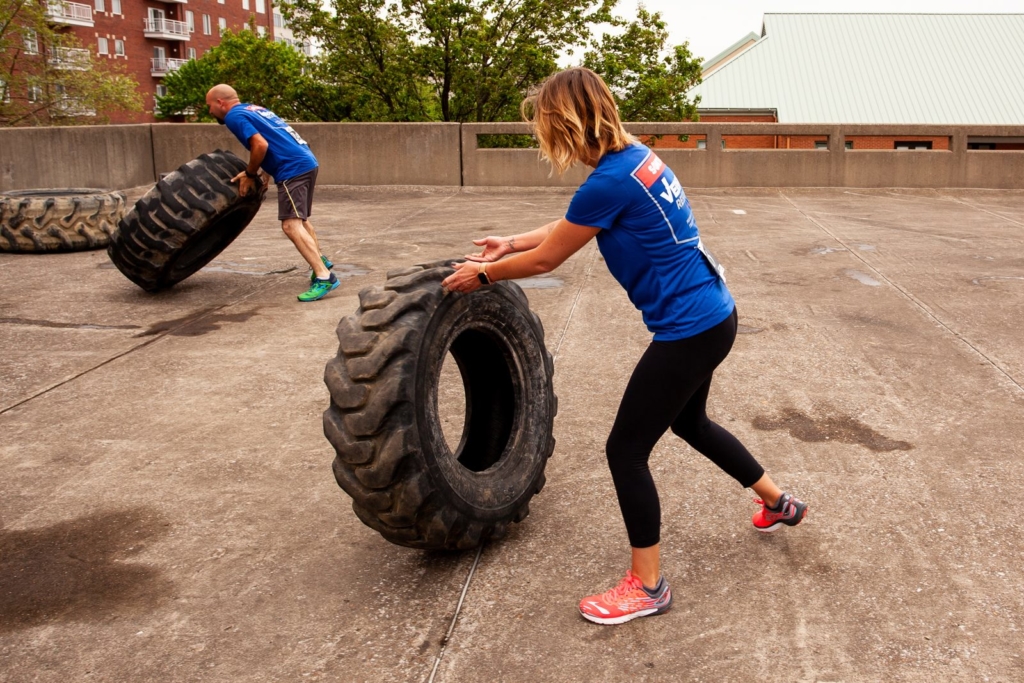 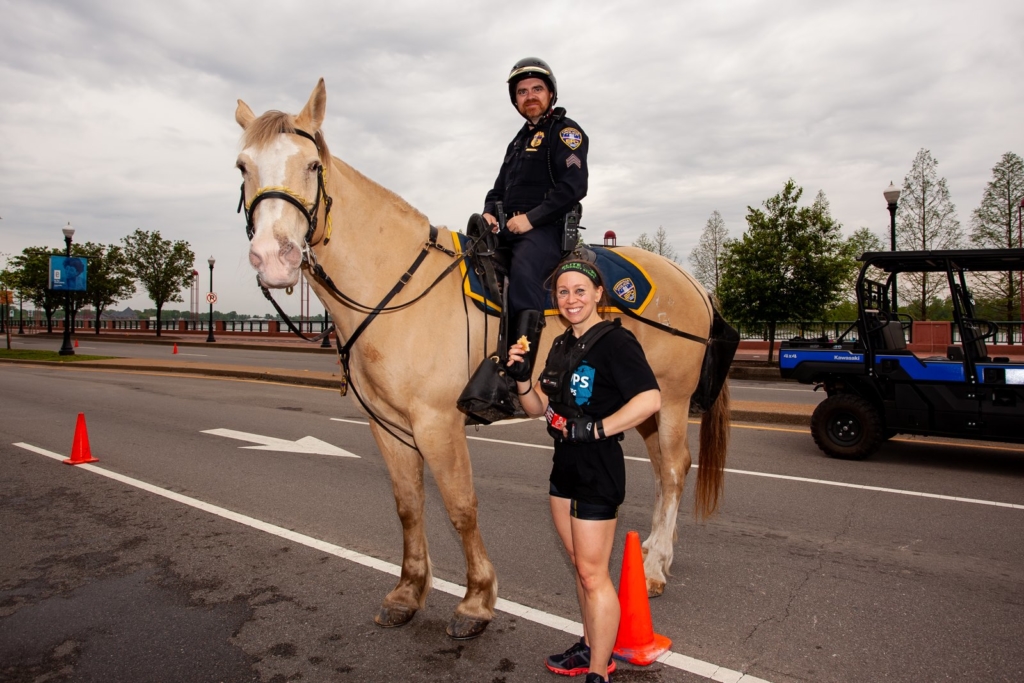 Burpees or Donuts: 10 burpees or one glazed donut—runners choice. I was surprised just how many people chose the burpees. Burpees for me on the competitive lap and shared a treat with Corporal Wood and Blondie on lap 2.

There’s something about returning to your childhood home for a race that is special, and perhaps what I like best about the EPD Foundation SWAT Challenge are those nods to the community. A local drumline and dance crew called the Boom Squad offered the beat before the first heat and along the sprint to the finish. North High School students built the warped wall and the rig. The bakers of the best donuts in the region (maybe ever, but I’m partial), Donut Bank, donated hundreds of glazed treats for the Burpees or Donuts obstacle. And best of all, officers of the Evansville Police Department SWAT team were the primary volunteers at the event, stationed at nearly every obstacle offering smiles and encouragement. Needless to say, I was incredibly proud to participate knowing that the proceeds from the event will support the costs of specialized equipment, education, collaborative community programs, and EPD personnel directly. 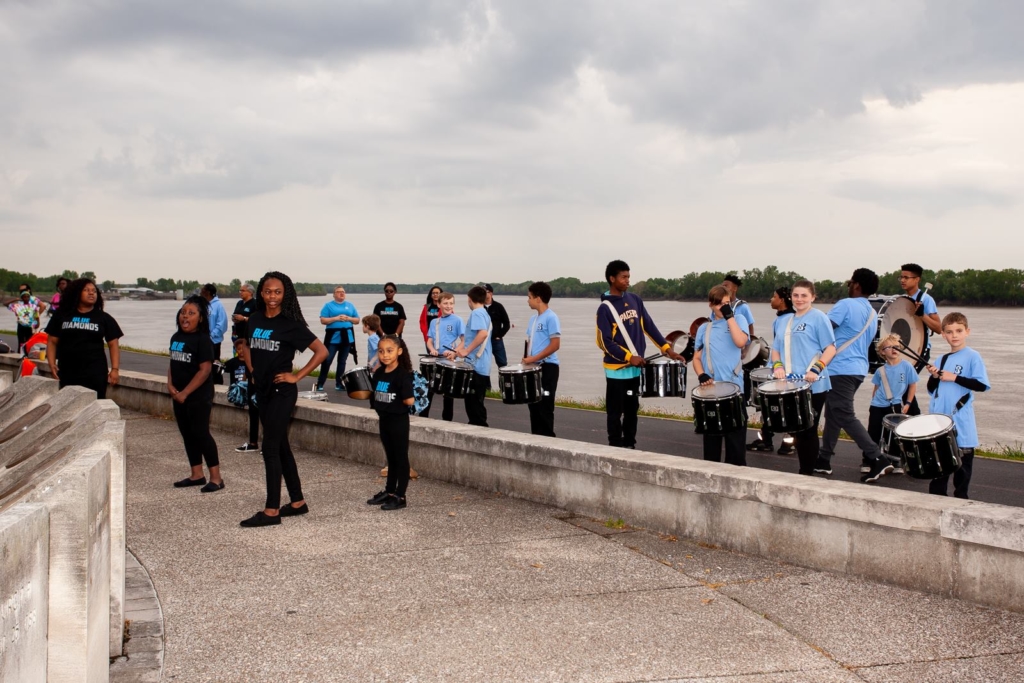 The Boom Squad pumped runners up all day

Another unique characteristic of this race was in the finisher accolade. Instead of a standard medal, we have become accustomed to in this sport, athletes were handed an EPD patch by SWAT officers. It was a nice touch to give finishers a sense of camaraderie with the protectors of the community. 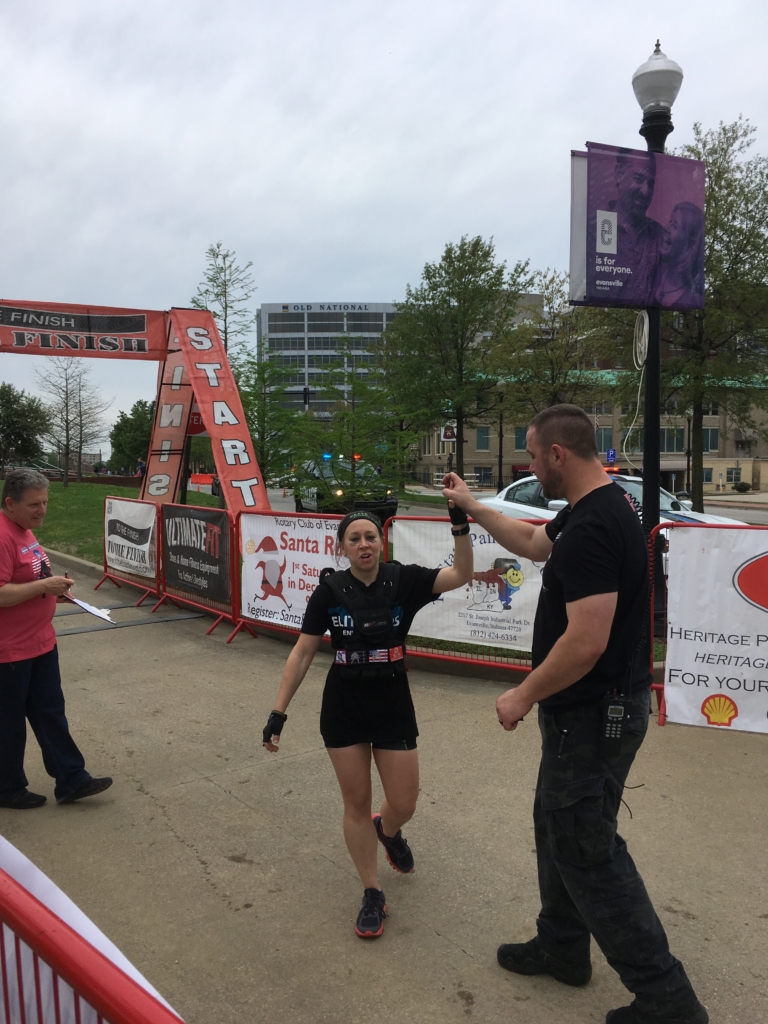 Another high five and patch earned for lap two

This year the post-race celebration was expanded with few more local vendors and a couple food trucks on site. I had plenty reason to stick around as I handed out EliteOps Energy Strips pre- and post-laps one and two (and to the officers on course), and people stuck around for a while after to chat and celebrate. While I am glad this year expanded to recognize top competing teams, I still wish there were awards to recognize top individual competitors. Maybe next year…

I had a blast. For me, it’s tough to beat the SWAT Challenge with the local feels, themed obstacles, and urban (read: mud-free) setting. While I wish there were a couple more photographers scattered about the course, the photog captured the real stars of the day—the first responder and emergency personnel teams. As long as the EPD Foundation hosts the SWAT Challenge, I’ll return for multiple laps. 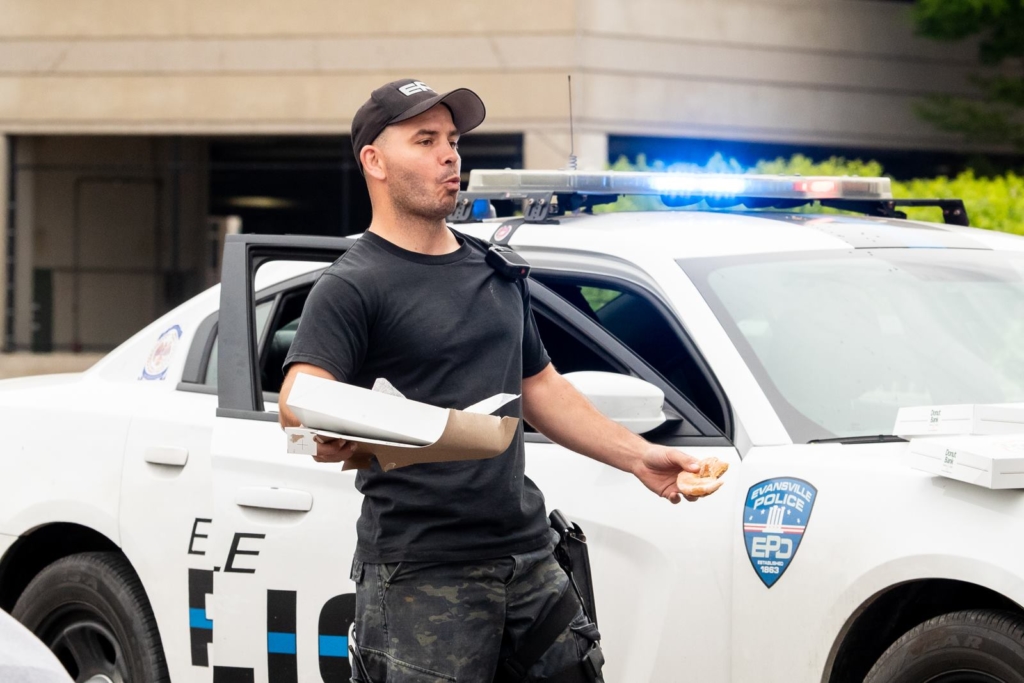