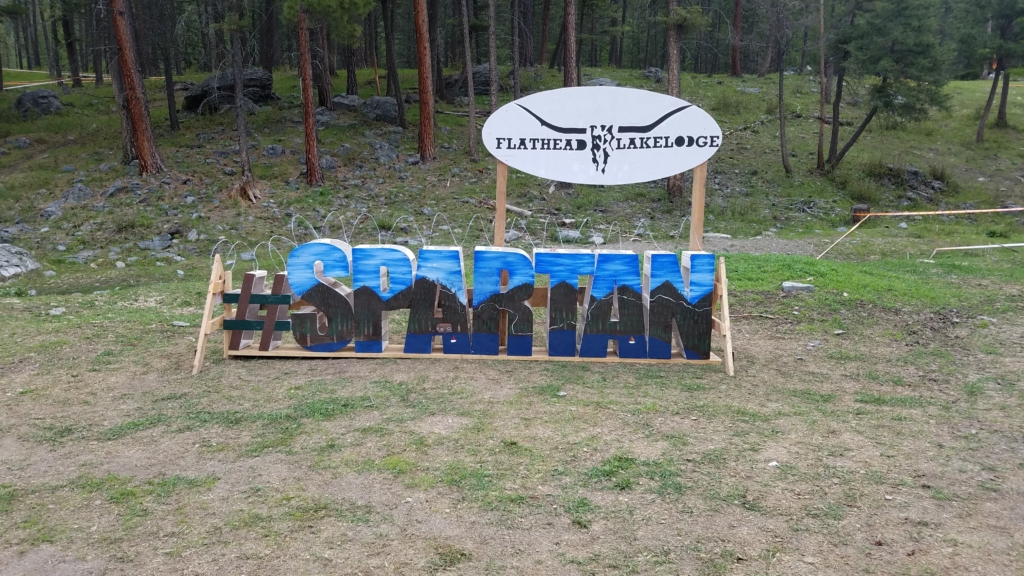 After six hours in a car ride from my hometown in Washington, I got me to Bigfork, Montana, the host of the Montana Beast and the first in the Spartan “Mountain Series.” The weather was fair pretty much all weekend with a little bit of rain in the morning on Saturday that ended up being clear skies and 71 degrees for most of the race. Spartan Montana Beast was by far one of the most challenging races I have ever done. 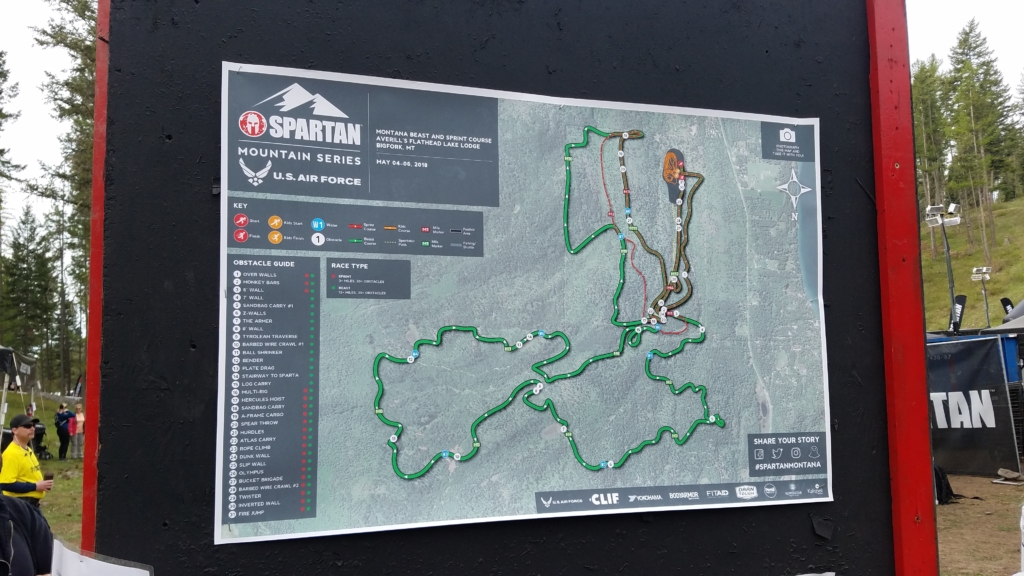 Bigfork is located about 20 minutes south of Kalispell. The location has been home to this Spartan Beast for several years. When you run through the hills and the terrain you run across logs cut with the words “Spartan Founders Race” from past events. Parking was a bit of a situation if you didn't arrive early. The general parking is away from the venue, and you have to be transported by shuttle to the race. The shuttle ran every 5 minutes so you didn't have much time to wait but travel time had to be taking into account. 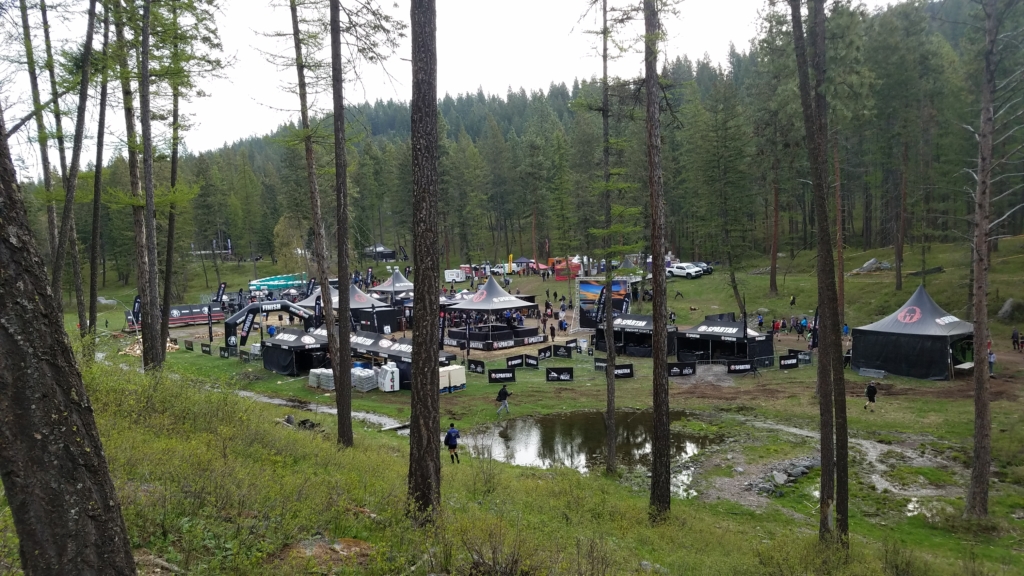 The terrain is what you would expect from a mountain type of course. A lot of steep inclines that slowly become flat only to drop off the other side and send you into a steep run down the other side. However, the views are fantastic and worth all the suffering. There were two water crossings in reasonably cold mountain water. One of the crossings came up to the middle of my chest.

There were a few obstacles that stood out. The Armer, something that I have never personally had in a Spartan, basically a smaller Atlas ball at the end of a chain handle that you have to carry out and back. It is not difficult but slows you down just enough. 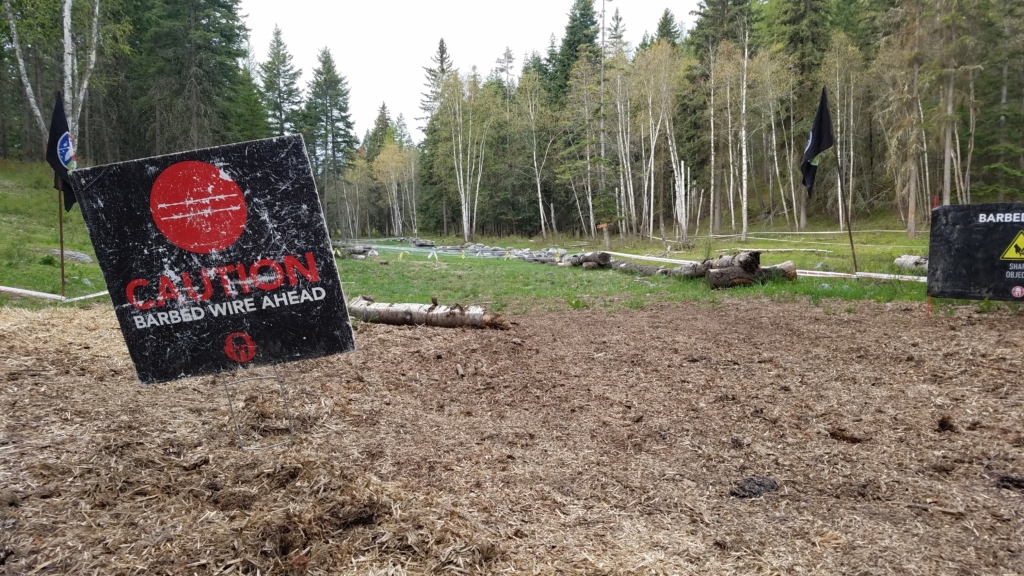 Barbed wire crawl toward the end of the course.

The last two obstacles I wanted to mention were the barbed wire crawl toward the end of the race and the slip wall. First, the slip wall had shorter rope than usual so that you had to run and jump to grab it. This made the obstacle a bit more difficult. Then there was the last barbed wire crawl, which was still a regular crawl but the wire was much closer to the ground. I saw many elites bleeding from wounds caused by this obstacle, and it was slow going for those of us in the open heat.

The festival area is typical of what you expect at Spartan events. The food was standard fare except for the fantastic power bowl vendor. The merchandise was similar to past events.  The medals this year are worth mentioning. They are unique to the series that you are running. The mountain series medals reflect the terrain and make for a unique keepsake from the event. 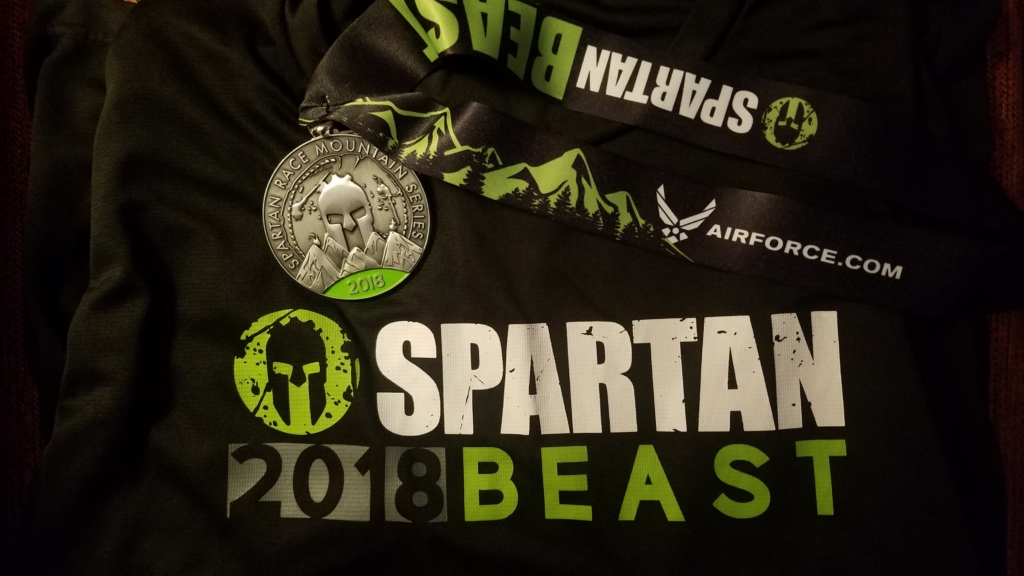 This race was one that tested me mentally and physically. When you got to the top of steep inclines thinking that you were going to get a short time to rest, you end up shooting straight down the other side, or there was a sandbag station waiting for you. I gave this race a 4 rating because the actual course was amazing and you probably won’t find better views at any other venue. But the festival area, the parking and the small number of photographers on course leave something to be desired.