With immense pride and passion, the Hesco Bonefrog was held in Stanhope, New Jersey on June 16th, 2018. The Hesco Bonefrog is known for being one of the best OCR events around thanks to its creators and designers, the Navy SEALS. As expected, the event did not disappoint or hold back on creating a challenging, but fun course that also displayed patriotism.

The course was designed in two different ways. These two designs determined which of the four levels participants raced. For those who signed up for the “Sprint”, they experienced a 3+ mile loop that covered 20+ obstacles. The next option was the “Challenge” which was twice the length at 6-miles with 34 obstacles.

The next two options were a combination of both loops and all obstacles. Tier-1, let runners cover just over 9-miles and 50 obstacles. The final option was their Endurance course, which began as one lap around the 6-mile loop, followed by as many laps on the Sprint loop by the cut off time.

Regardless of the option that participants chose, we all had the honor of experiencing a very well designed and marked course. The courses offered a mixture of open fields and wooded areas. The large lake almost felt calm despite the mass rush of runners. 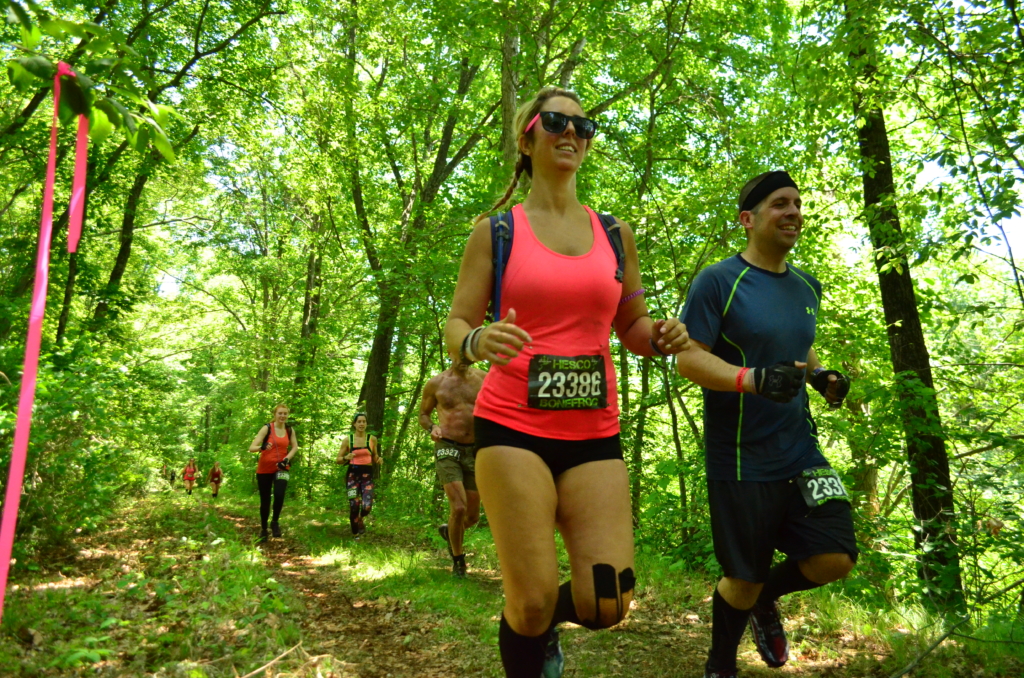 The obstacles were a mixture of traditional OCR challenges along with some twists of Bonefrog's very own variations. The variation of obstacles always kept you guessing. Bonefrog even creates a special type of obstacle that feels more like a CrossFit workout. This “workout” was in honor of the men and women that serve our country. With 19 dips, 31 burpees, and 9 pull-ups, we honored those whose names were on the board in front of us that made the ultimate sacrifice for our lives and freedom.

The turnout seemed to have been larger than Bonefrog expected. Some obstacles proved difficult for most participants causing some backups. Some obstacles could have used a few more lanes. However, the elites and endurance runners were allowed to pass through the majority so they would not lose their pace.

In the last stretch of the course, five obstacles made you really earn that finisher medal.  The last obstacle, “Black Ops” was a combination of a rope climb followed by a longer than usual swing through the monkey bars. Once we dropped down and crossed that finish line we were congratulated by the staff and presented with our medal. 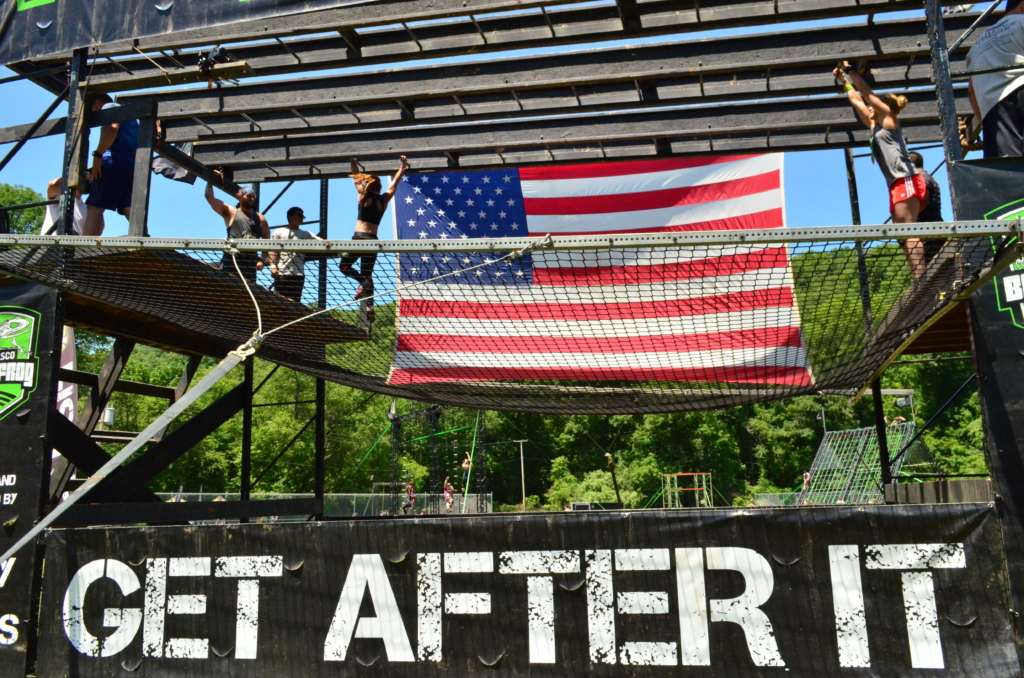 At the end of the day, Bonefrog presented an exceptional event with American pride, course diversity, a fun atmosphere, and something the entire family can enjoy. Despite the narrow lanes and this being my first Bonefrog event, they have already gained one more loyal fan. The overall event surely deserves a rating of 4/5 (5 best) on my end. Despite all the hype around other big name OCR events, Bonefrog will soon rise even higher on the ranks as well. As they say, “Get After It”

Have you done an BoneFrog Challenge?

Leave your own BoneFrog Challenge review and feedback...