On June 16th, 2018 I traveled to Oak Harbor, Ohio to take on the Black Swamp Dash. Founded, built, and run by husband and wife, Troy and Sandy Anthony, the Black Swamp Dash is an impressive local race series. Through the passion of their family-owned business, anyone can sense that Sandy and Troy are focused on providing an incredible and memorable experience to every one of their participants.

The course covered 3.2 miles of open fields, wooded trails, and swampland and included 27 obstacles. Swamp portions of the course varied in depth and thickness – from ankle, knee and sometimes waist-deep muck. 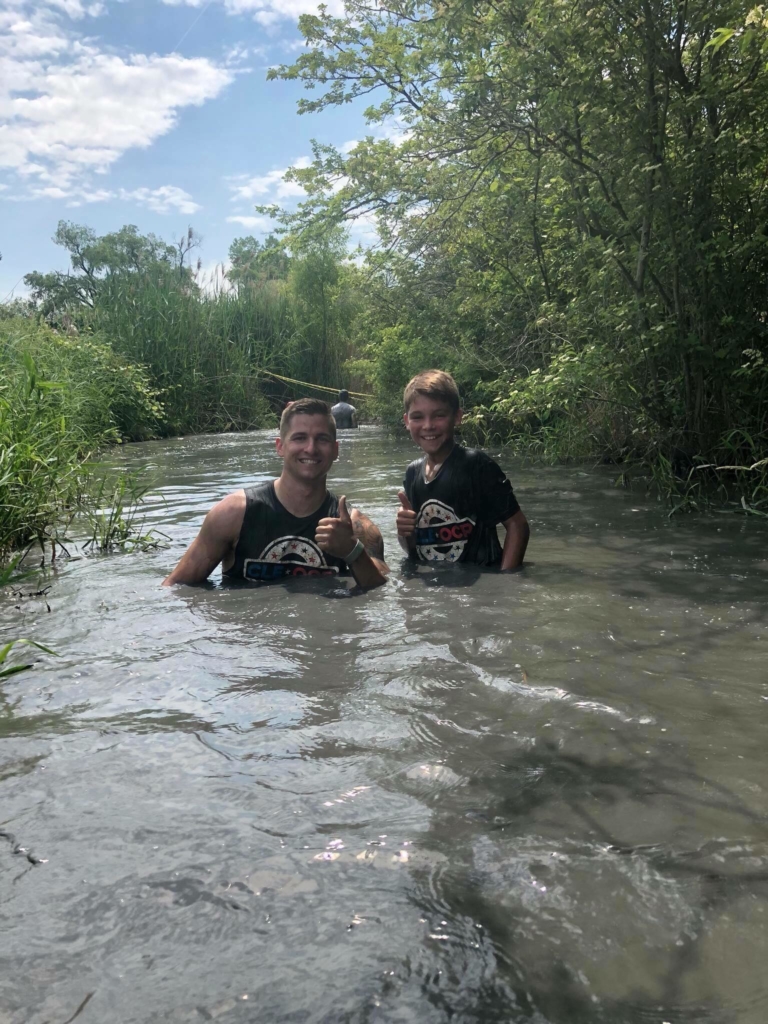 Competitive racers had the chance to qualify for the North American OCR Championships and OCR World Championships. These competitive waves called for mandatory obstacle completion and utilized wristbands to account for those who had earned such a victory. Competitors were able to try obstacles as many times as they needed to pass the obstacle or else forfeit their wristband. The only exception being a rig obstacle, “Big Foot,” which had a penalty loop competitors needed to run if they failed the obstacle.

Open wave participants were encouraged to attempt every obstacle; however, there was no penalty for skipping or failing an obstacle, making the event enjoyable to racers of all skill levels.

Obstacles on the course well spaced, and multiple lanes eliminated the potential of bottlenecks.  Obstacles were both traditional (such as a rope climb, over walls, and tire carry) as well as innovative. Notably, ‘Big Foot’ was an incredibly creative obstacle with tires, ropes, rings, netting, and vertical poles that racers needed to scale, swing, and traverse. 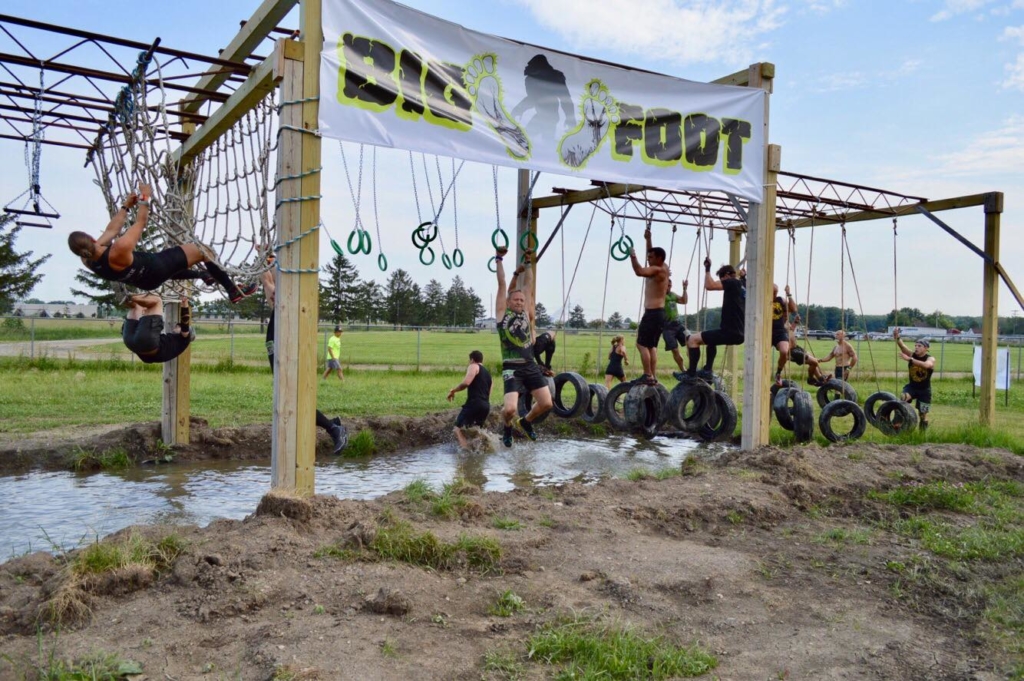 What also impressed me was that many obstacles had various difficulty levels.  These obstacles featured an ‘extreme’ and a standard level of difficulty which allowed racers to choose how far they wanted to push and test themselves. 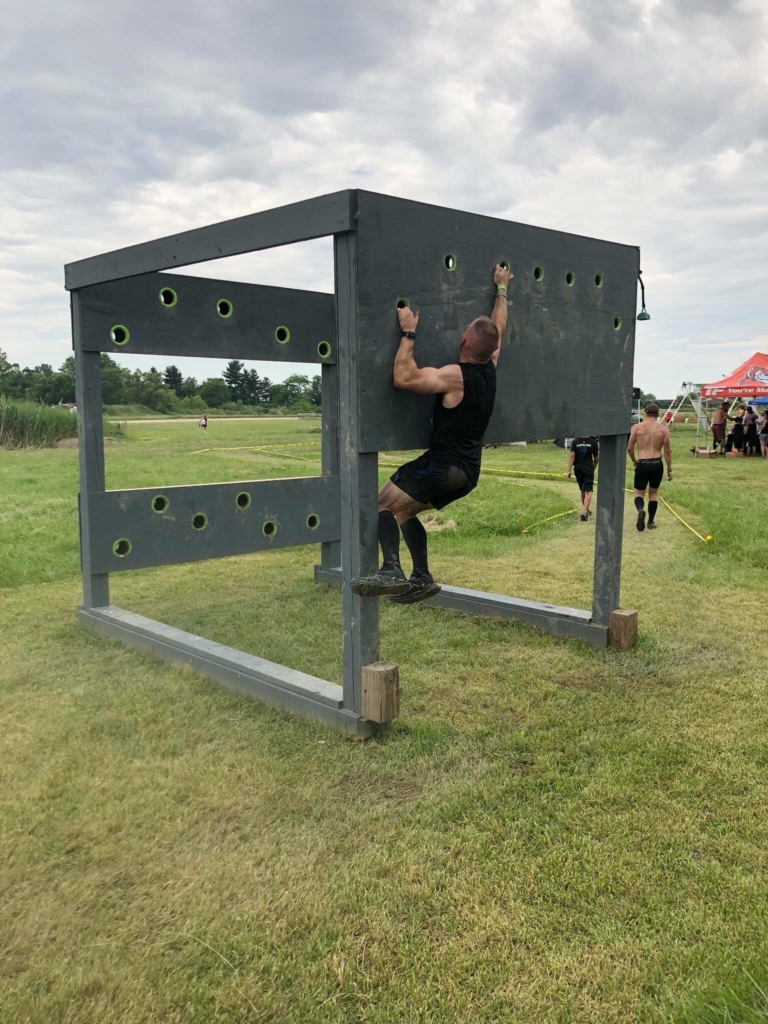 The obstacle “Holey-Holes” offered an extreme and standard level of difficulty.

Participants also had the option of participating in the “Black Swamp Stomp” which consisted of running an unlimited number of course laps for a small fee of $10. By completing multiple laps, participants earned not only a finisher medal, but an additional pin for each lap completed.

Finishers walked away not only covered in black swamp mud, but also with a finisher medal, finisher t-shirt, celebratory beer, and bottled water. 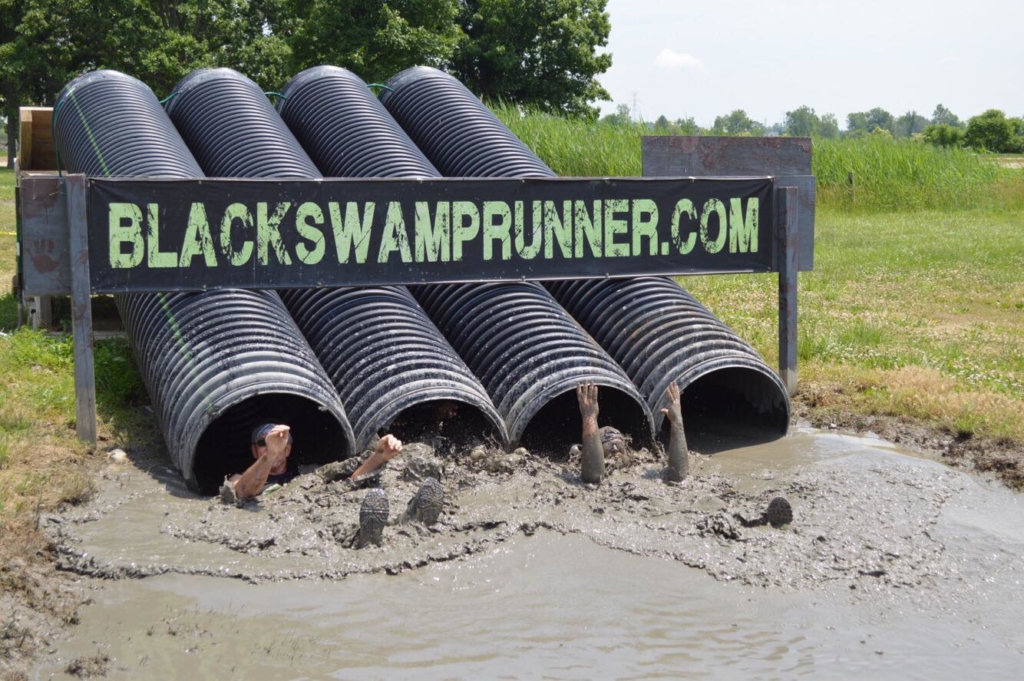 Awards were given to the top three men and women in each age group and those who earned these top spots were also awarded a hand-made plaque. The course record was 29:59 by first place male, Logan Broadbent who was followed by first place female, Amy Pajcic with a finish time of 41:46. *Results from the 2018 Black Swamp Dash are available on Athlinks.

The event had a relatively small ‘festival area’ that had a DJ who provided music throughout the day and included a barbeque station, beer stand, biggest-team tent, small-scaled obstacles for practicing/play, a wash station, and a banner for finisher photos. Parking was a $10 fee and bag check was available for $5.

Additionally, The Black Swamp Dash pays it forward by donating a portion of all registration fees to the Ronald McDonald House Charities of Northwest Ohio.

Overall, the event exceeded my expectations and I rate it at a 4 out of 5. The Black Swamp Dash is perfect for beginners and the experienced competitor alike as it is innovative, affordable, and very well run. Troy and Sandy’s passion and commitment to the OCR community is inspirational, and I would absolutely recommend this event to all Midwest OCR fanatics!

Until next time, happy racing! 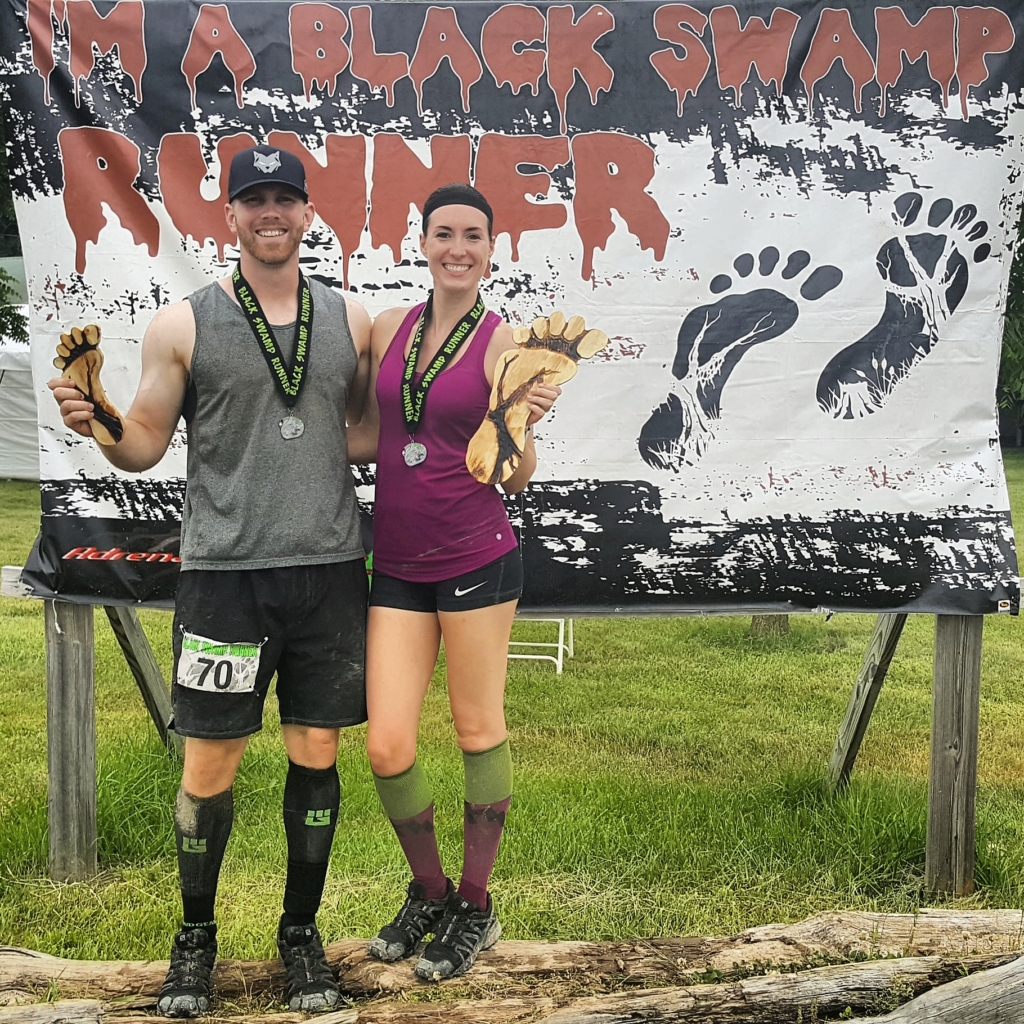 Did you attend the Black Swamp Dash? We want to hear from you! What did you think of the event?

Have you done an Black Swamp Runner?

Leave your own Black Swamp Runner review and feedback...

About the Author: Julie Abbott

Julie is a sometimes competitive, sometimes fun-runner, always enthusiast of OCR. Residing in Northwest Ohio, Julie prides herself in supporting local events, as well as in traveling far and wide to race the best events in OCR. Look for Julie on the course and follow along on her racing endeavors @jules.abbott on Instagram.