This past Saturday, Spartan unveiled a new race venue here on the West Coast, namely Tejon Ranch in Lebec, CA, about an hour north of Los Angeles. Being a new location, of course, participants had little idea what to expect from the course. In addition, this was the first race in the Southern California area where parking would be handled by Park Jockey, which left some to question how arrival to the venue would be affected. 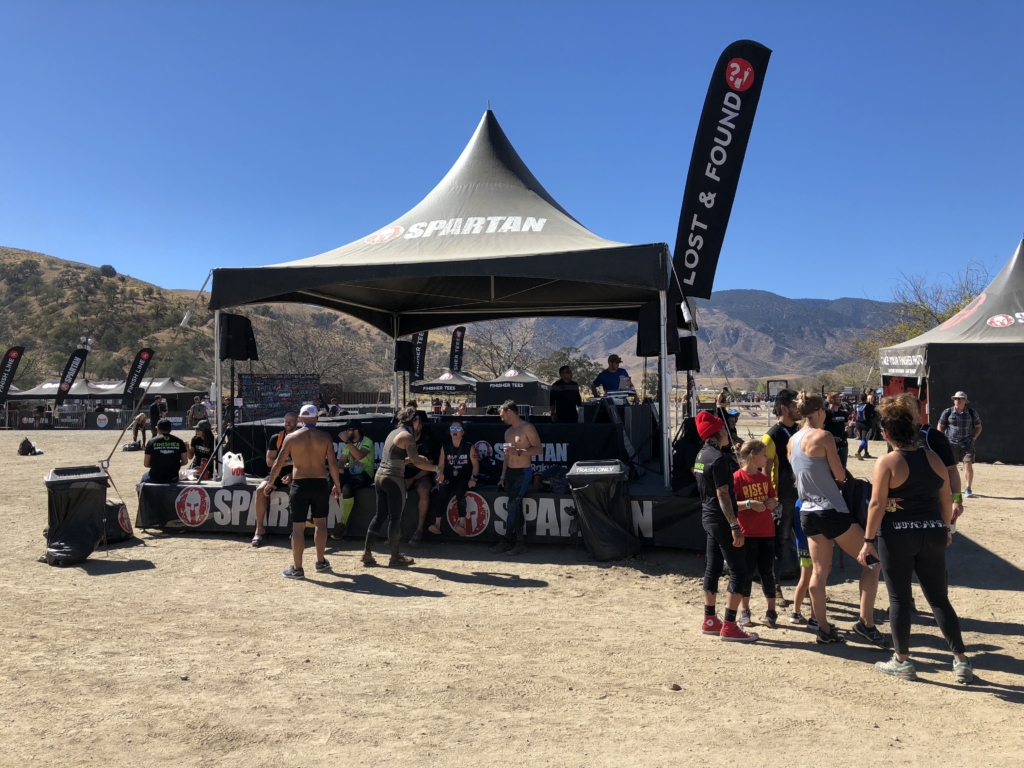 Having hit traffic on the way to the race, I arrived later than planned, and envisioned getting stuck behind a single-lane caravan of vehicles all trying to enter the parking lot. As it happened, though, entry into the ample parking area from the freeway was quick and easy, perhaps partly due to the fact that many had chosen to pre-pay for parking via the Park Jockey website.

Registration lines also flowed well, giving me more than enough time to prepare for my 8:15 heat. The festival area was larger than usual for a Spartan race, and was well-thought out and organized. The DJ stage was located close to the finish line and podium, whereas the bag-check, biggest team tent, and restrooms were all located by the start line, about 100 yards away. 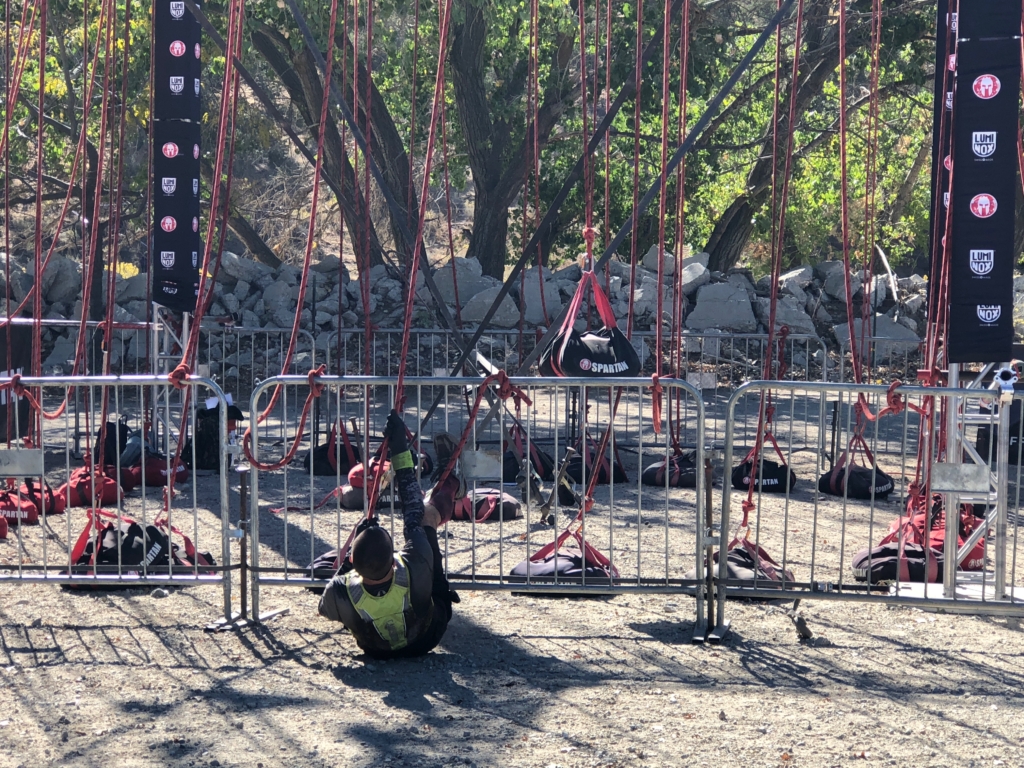 There were several obstacles located close to the festival area, where spectators could watch, including the rope climb, spear throw, Herc Hoist, and Olympus. The weather could not have been more perfect: minimal winds, sunny skies, and a temperature of around 75 degrees. 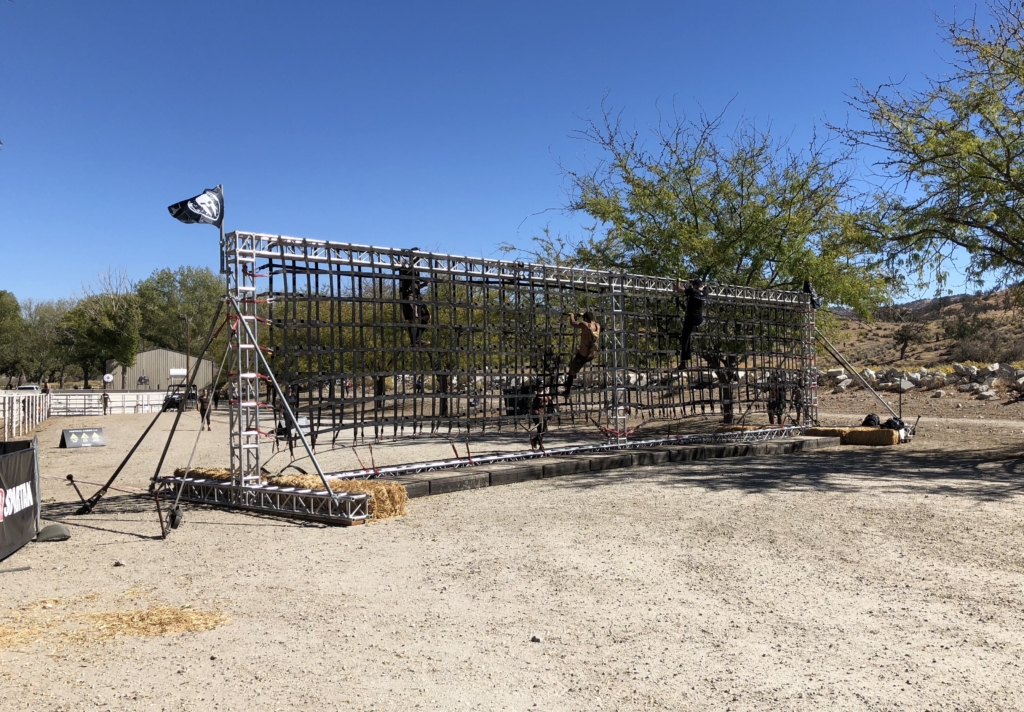 Off the start line, the race began with a long, mostly flat run, which served to create some space between the racers. The four-foot Overwalls and Rolling Mud were the only obstacles before a short climb, which would prove to be the first of many. Once at the top of the first hill and over the hay bales, we headed back down, where there was a series of obstacles in close succession, including the Z-Walls, Tyrolean Traverse, and the Atlas Carry. The vast majority of remaining obstacles were closer to the festival area, but the climbs (and there were many) were definitely obstacles in and of themselves.

The consensus seemed to be that most were surprised Spartan was able to create a course with this much up and down, considering the hills here didn't have the elevation that, say, Big Bear did. After several steep climbs and descents, and staple Spartan obstacles, such as the sandbag carry, two barb-wire crawls, and both the Dunk Wall and Slipwall, racers headed into the festival area for Twister (which was located inside a barn…cool!), the rope climb, and the vertical cargo net, before heading back up one last gradual climb.

The final descent included the Bucket Brigade, Multi-Rig, and the second sandbag carry, and led back to the festival area, where racers encountered the last few obstacles, including Olympus, Spearman, and the Herc Hoist. To everyone's (or, at least locals, anyway) surprise, the final 50-yard sprint to the finish included a Fire Jump, something we haven't seen here in SoCal for a while, given the dry weather and propensity for brush fires. It was a welcome change and a fitting addition to what turned out to be a very challenging, but fun, course. 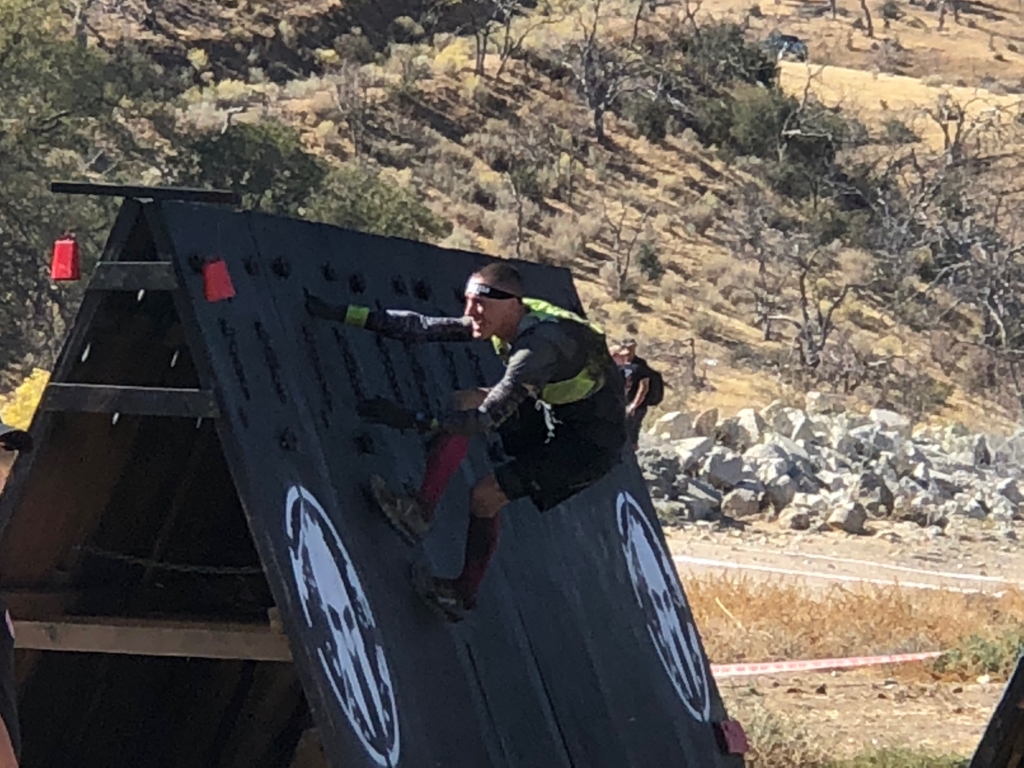 Overall, I was very impressed, both with the course itself (shout out to Steve Hammond) and with the organization and set up of the festival area and parking situation. Every obstacle and water station was manned by friendly volunteers, and the setup of the festival was well thought out. In my opinion, this is a winning venue, and a location I hope Spartan keeps, at least for a while. Kudos to all involved for a job well done. AROO!!!