How a DNF Changed my Life: a Perspective on World’s Toughest Mudder

DNF: Did Not Finish.

This is a post towards anyone who went through the brutal 24-hour obstacle course race that was World’s Toughest Mudder (WTM) 2018 in Atlanta Georgia, where we had sub-freezing temperatures and layers of ice on obstacles left and right. However, I think it’s generalizable to many other difficult challenges.

Let me tell you the story of my first World’s Toughest Mudder in 2012 in Englishtown, New Jersey. I signed up for WTM after receiving an email saying that I qualified based on my time running Tough Mudder Big Bear, which was my first Tough Mudder. I thought about it for a little and decided that it sounded like fun. (You no longer have to qualify for WTM.)

Of course, I had no idea what I was getting into. I went from barely training for a 10-mile race in July to running a couple marathons on back to back days in October. I based this schedule on Jung Yong Pak’s advice (the winner of WTM11). I showed up in Englishtown having everything that I felt like I needed: tent, 3mm wetsuit, 6mm wetsuit, baggies of mashed potatoes, and lots of Gatorade.

Little did I know, I was woefully underprepared for the true struggle of the event: the cold. Temperatures started around 34F/1C. Most people started the race at 10am in a wetsuit, and that was a good idea. The obstacles had us going through mud, through swampy forest, carrying things, and, most importantly, swimming. There were a few soul-sucking obstacles including a 200m swim in a pond to a cargo net that you climbed up directly from the water, then you ran about 50m, and you swam back across the pond, only you had to dunk your head under a few barrels on the way (Underwater Tunnels). The obstacle right after that was a rope-assisted wall climb up and down that eventually got so encrusted with ice that it was like climbing up and down ice poles. I shouldn’t forget that the penalty for Everest was Arctic Enema. Also, the penalty for Berlin Walls was Arctic Enema.

That race started well for me. I got into a nice rhythm in the first few hours, enjoying the camaraderie and the suffering. Because my nutrition was off (too many simple carbs with fiber, not enough electrolytes), my first downfall was gastrointestinal distress. I pooped in my wetsuit innumerable times and eventually, it started irritating my skin. That was managable. The second and race-ending struggle was the cold. I switched from that 3mm wetsuit to a 6mm wetsuit with a hood after a few hours because the cold water was slowly sucking the energy out of my soul. After that switch to a 6mm, I didn’t have anything else I knew that could be warmer. No windbreaker on top. My wetsuit gloves were 5mm and basically surgically attached to my hands at that point.

In about 13 hours, I got to 40 miles (4 laps) and I got talked into taking a 10-minute break in my tent. That was the end of my race. I lay down in my wetsuit in a sleeping bag and just continued to shiver. After some time, I found my dad, who was my pit crew, and told him that I was done. I couldn’t make it to the next aid station with a warming tent. I just needed to get out of all this and into a heated environment. So we stripped me down and drive back to where we were staying with the car heater turned up. I shivered the whole 40-minute ride over and continued to shiver as I crawled into bed for a few hours before driving back to see the end of the race.

When we were back, I watched so many people come across that finish line. They looked exhausted and exhilarated. They had just accomplished something that was thought to be impossibly hard. They had survived the night and made it through so many hours of those brutal conditions. At one point, Amelia Boone, the female winner, was within 10 minutes of Jun Yong Pak, the male winner. I think they both completed 90 miles in that enviroment.

In the awards ceremony, 3AM Waterfalls, 4+ person team champions, gave people advice stuck with me to this day:

That was my first time that I set out to do a race, but didn’t finish: My first DNF. My response to seeing so many other people figure out how to overcome: let’s do it again! I had found something that was truly hard. You really needed to be physically trained and mentally tough to do it. That was going to teach me skills that would build me into a better human in the long term. However, my bargain with myself included taking 2013 off to warm up (I was very cold). Ironically, WTM13 was a mild year.

When I returned to WTM in 2014, I was prepared mentally and physically. When the haboob occurred (giant sandstorm), I just put my head down and kept on powering forward. I was not surprised. I was expecting something that would try to crush my motivation, and I also was determined to persevere. That attitude led me to power walk to 75 official miles plus more penalty mileage.

The experience of getting absolutely crushed by the challenge of WTM has led me to come back year after year to continually put myself up against whatever Tough Mudder Headquarters has in store. Each year I’ve come back, I’ve run at least 75 miles (peak of 90 miles), and I’ve come back with a different lesson. Last year, Evan Perperis and I teamed up for the new challenge of suffering along with another human, which changes everything. In a “classic” WTM team, you have to be within a minute of each other all night long and if one person fails an obstacle, both of you have failed. In our first year, we earned 80 miles and 2nd place 2+ person team and about 7th overall individuals if we had run individually.

In the frost of Atlanta 2018, Evan and I suffered through 75 miles to earn 2+ person non-relay team victory. We stopped at just shy of 22 hours because the second place team was more than two 5-mile laps behind us. 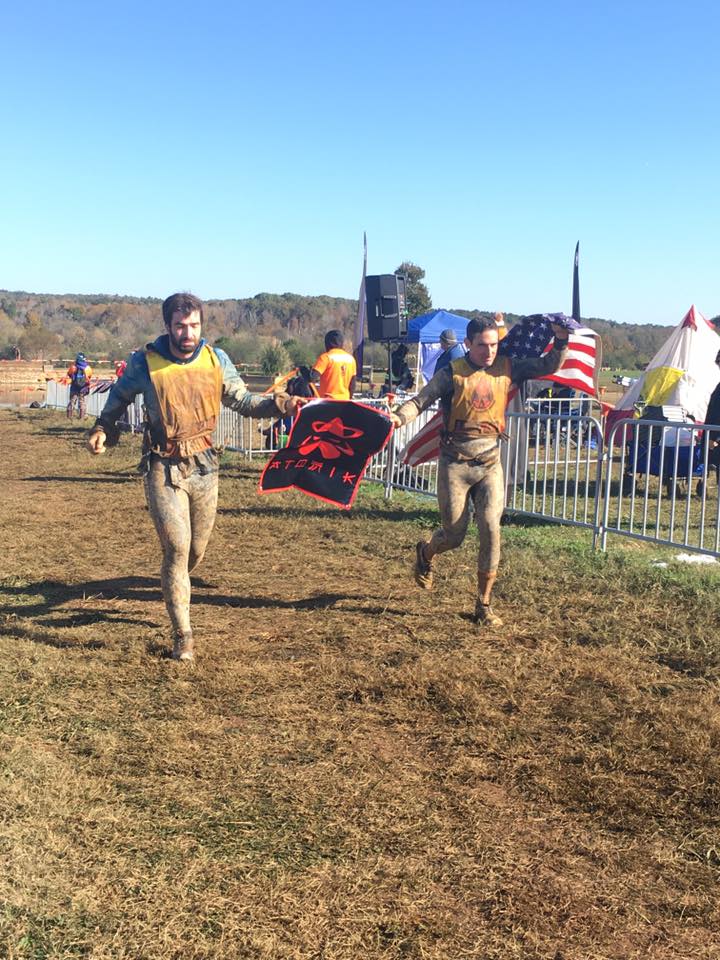 So if you just embarked on the challenge of WTM Atlanta 2018 and you feel like you came up short, don’t be discouraged. It sucked and parts were not fun. I agree, but one of the purposes of setting out to do impossible things like 24+ hours of obstacle course racing is to find your limit, then see how much you can push past that perceived limit. No matter what happened out there, you can reflect to see what contributed to your DNF and learn from it. Even if you don’t come back to WTM to challenge yourself again, I’m convinced that you have built yourself into a better human because of your efforts at WTM 2018. You might not feel that now, but look back in a couple months and see how you feel.

For all of you that are contemplating coming back to a future WTM that may include freezing temperatures or other unexpected challenges, here are a few words of advice:

About the Author: Wesley Kerr