Is Savage Race the Biggest Secret in OCR? 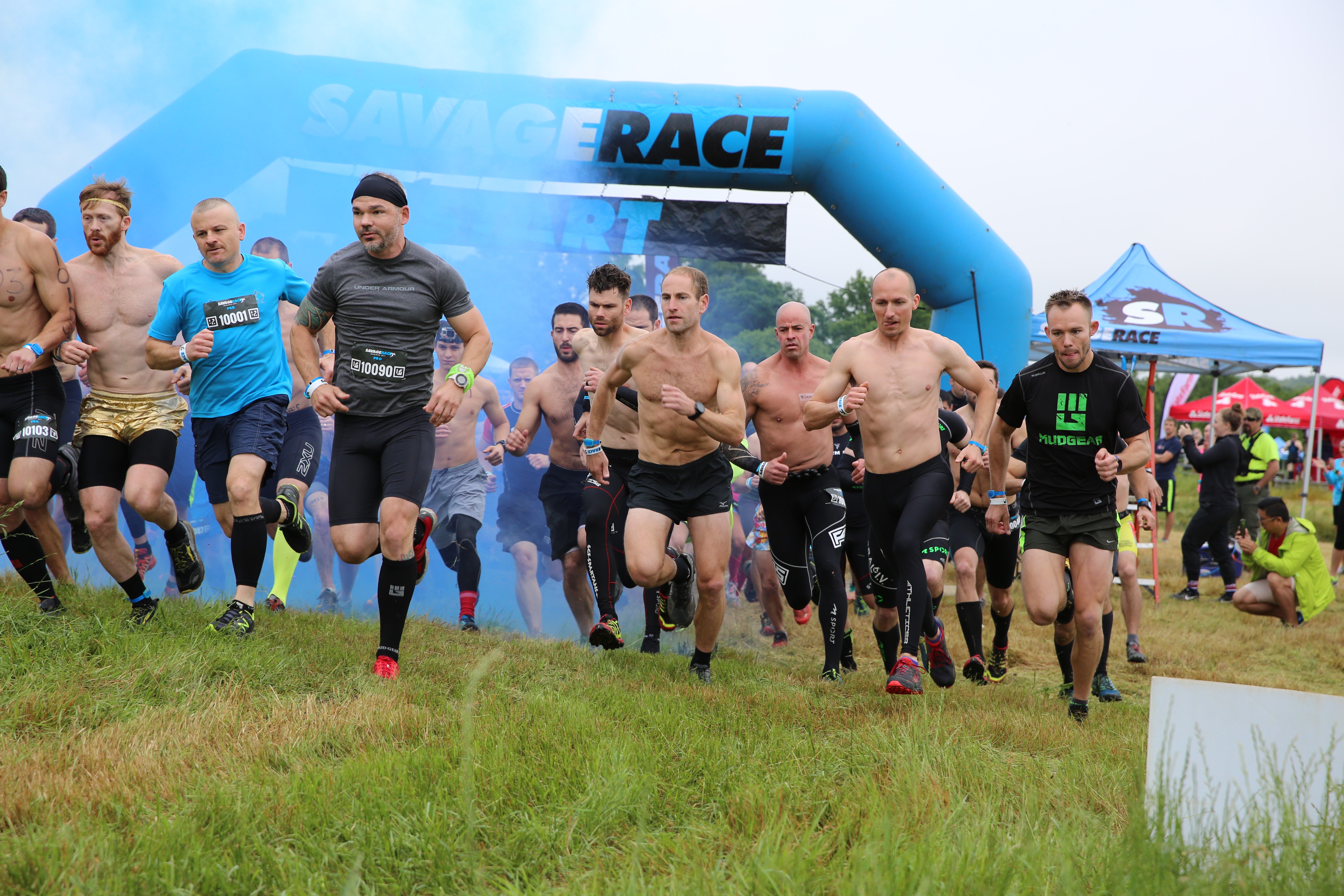 In 2019, we’re fortunate to have a fair selection of obstacle course racing brands ready and willing to put our skills, abilities, and training to the test, not to mention show us a great time! Some are multinational with a presence on television like Spartan Race and Tough Mudder. Others are hyper-local fixed courses supporting charitable causes like Indian Mud Run and Goliathon. Some take place in exotic locations like the Bermuda Triple Challenge. There are races to accommodate everyone, from the first-timer to pro.

In this article several Mud Run Guide contributors are discussing Savage Race, a brand that depending on where you live, you probably either love or you’ve never heard of. Savage Race was founded in 2010 and holds 14 races per year in two different formats: the 27+ obstacle, 5-7 mile Savage Race and the 15-20 obstacle, 3+ mile Savage Blitz. Racers who run in two or more events within a single calendar year become members of the Savage Syndicate. There’s also a pro wave with both elite and age group awards and a kids’ race.

While every brand has a festival area at their races where you can generally find things such as bag check, cold wash, vendors, food, etc., what’s notable about Savage Race is how organized everything is. In my experience, entry to the festival has always been through the merch tent. There’s plenty of space with tables and chairs where you can hang out. The layout is straightforward, no wandering around to find the (clean!!) porta-potties or starting line. The festival is also really fun! Savage Race was one of the first to bring activities and food trucks which are now common at most races.

Savage Race is known for their innovative obstacles. There’s something for everyone, designed to challenge top pros, the average racer and beginners alike. New obstacles are introduced every year. “Holy Sheet” won Mud Run Guide’s 2018 Best of OCR Award for Best New Obstacle. Savage is continually evolving their brand with new events based on racers’ feedback such as the introduction of the Savage Blitz and Savage Race x Go Ruck Tough Challenge. 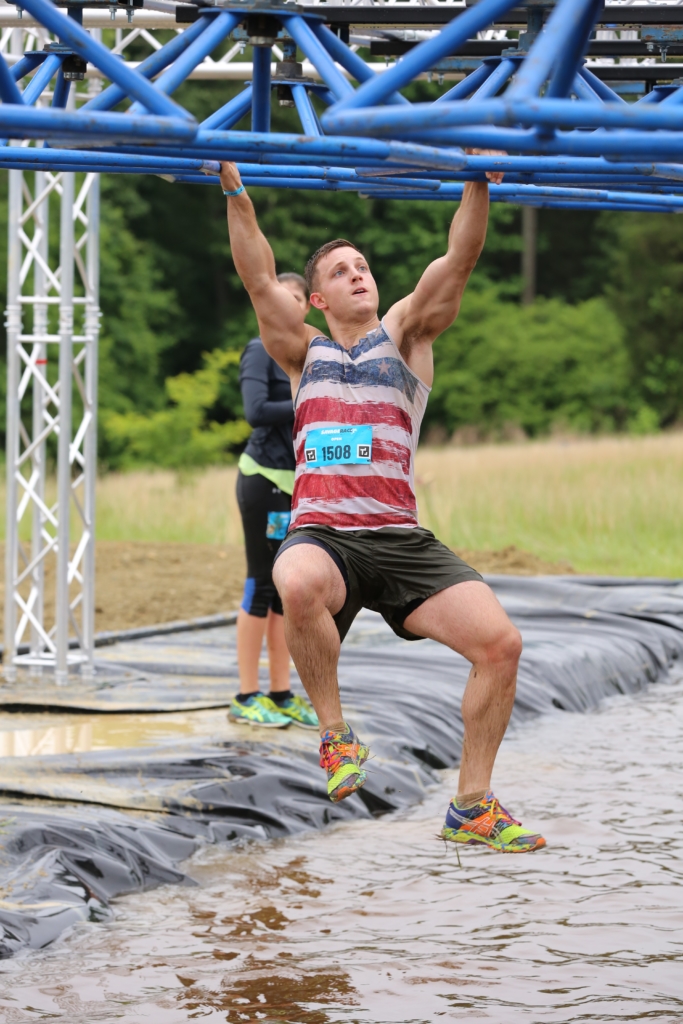 Savage Race was the first brand to introduce Age Group medals/podiums. They also have the pro men and women start at the same time and obstacle completion is mandatory. As an open wave racer, I can’t vouch for this personally, but I’ve been told that Savage has the best payouts for elite podium finishers outside of championship events.

In addition to getting a high-quality finisher’s medal, you join the Savage Syndicate after running two or more events within a single calendar year or by running more than one lap in the same race (Savage + Savage or Savage + Blitz). You earn a special Syndicate medal, which changes every year and only gets more impressive. Let’s just say it’s large. You also receive ax-shaped pins for the medal’s ribbon indicating where you completed your races. When I earned my first Syndicate in 2018, I was able to claim my medal with zero hassle from a designated tent where a volunteer only had to look up my name to verify the races I completed. They had run out of Maryland ax pins by the time my sister went to claim her Syndicate, but it was mailed a few weeks later, as promised, without having to fight with anyone at customer service. All finishers also receive the standard free beer and t-shirt. The shirt is a well-made poly-cotton blend with a multi-colored design. I know people complain and debate about the quality, fit and fabric of other brands’ finisher shirts but it’s not an issue here.

Like at most races, Savage offers a decent variety of merch including branded and venue-specific apparel. I found the pricing to be slightly less expensive for the same if not better quality than you see from some of the bigger brands. One thing I respect about Savage is that they’ve used their merch (specifically limited edition t-shirts) as a platform to raise funds for victims of both Hurricane Harvey in Texas and Hurricane Irma victims in their home state of Florida.

Savage Race goes out of their way to take care of their customers… us! Queries are responded to in a timely manner and problems are rectified if the company is in the wrong. You don’t have to jump through hoops and aren’t nickel and dimed if you need to transfer a race registration. Issues on race day are handled immediately. For example, during the pro wave at the spring 2018 race in Pennsylvania, a number of athletes were misdirected as a result of how the course was marked, losing time and negatively affecting their ranking. Before the afternoon was over every elite competing that day was given a free entry to a future event.

Savage Race is a brand known by many OCR racers on the East Coast. If you ask someone out west about them, you most likely would get a confused look. That is because Savage Race currently is lacking in coverage west of the Mississippi. For 2019 the races furthest west are in Chicago, IL and Texas. For anyone who lives on the west coast, these races are at least a day’s drive.

As someone on the northeast, I am lucky. I have access to two locations with three different race weekends within 70 miles. If I want to travel a bit more there are 3 more locations within an 8-hour drive. If you make a weekend out of it running the Full lap Saturday and Blitz Sunday to earn your Syndicate any of those would be worth the drive. Those who live out west do not have any options without major travel. Most OCR runners are will drive to an event that is worth their time you just need to give them the chance to try.

Savage Race seems to have the same schedule most seasons and take from November till February off. They start off the year and wrap up in Florida where they are located. If they were looking to expand their calendar, November in the southwest, weather wise, would be great for some trial races. Southern California and Arizona both host races from other brands throughout the year. Since they have a presence in Texas, this would not be too far off the path for the build team. They could wrap up by Thanksgiving back home in Florida or maybe push the final race into December.

I feel this is a major hindrance for the growth for Savage Race. Being a secret is not always a good thing. I have recommended them countless time in groups only to be told there were none local. Savage does have a link on their website where people can suggest areas but in the last 2 years, I have not seen as much growth as I feel this brand deserves to have. The website says “Enter your state, zip and e-mail to vote to bring Savage Race to you! Be sure to encourage your friends, family, gym members and co-workers to vote also! If we get 1,500 votes, we will bring you a Savage Race!” and I would recommend everyone go and do this to show them there is a serious market they are missing out on. 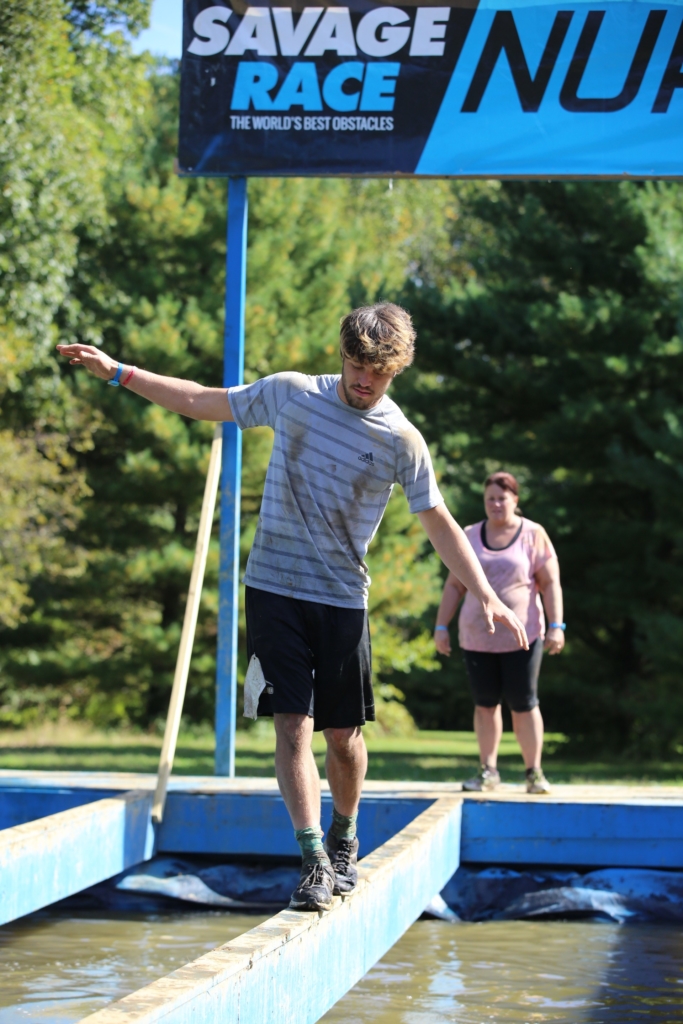 One of the unique aspects of Savage Race is the business model where their primary reliance is on fixed course sites for their races. Although many race promoters do utilize the same course sites year after year, other promoters layout and construct their obstacles fresh each time. The obvious advantage of having a fixed course site is that crew costs and build time can be reduced for each race, helping to keep race entry fees lower (hopefully!). However, this also means that initial build costs will be higher, introducing a major limitation to using new sites.

So while all promoters face the ongoing challenge of maintaining enthusiasm for their brand, because of their business model, Savage Race faces the added task of maintaining excitement for the same course venue every year. As if that weren't enough, Savage Race has the added challenge of running races twice a year at some venues. And while racers will travel to events, this generally means that Savage must convince local racers to turn out twice a year at the same location. The fact that they have had a level of success doing this can certainly be attributed, at least partly, to their ability to provide new and interesting obstacles.

What are your thoughts on Savage Race? Do you think they’re getting it right? Sound off in the comments below!

70shares
Disclaimer: The viewpoints expressed by the authors do not necessarily reflect the opinions, viewpoints and official policies of Mud Run Guide LLC, or their staff. The comments posted on this Website are solely the opinions of the posters.
By Kathleen Davis|2019-01-28T10:49:34-05:00January 28th, 2019|Op-Ed|3 Comments