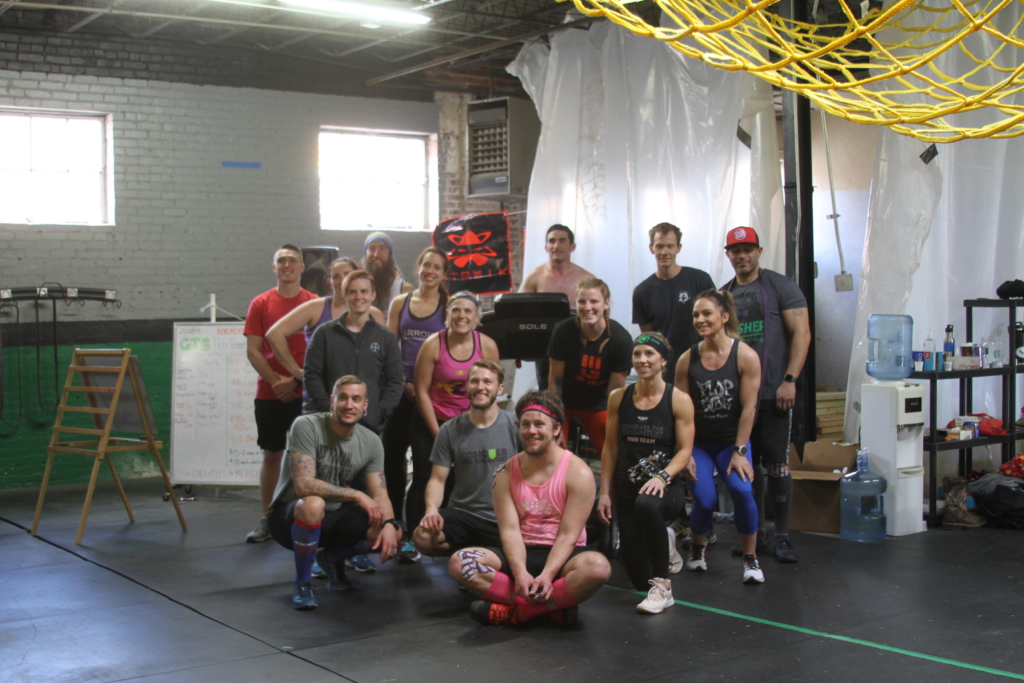 Some of the athletes that attended the CTG Pro Team Takeover and OCRmill 24.

On the weekend of Feb 23-24th, I decided to raise money for the charity Folds of Honor (scholarship money for children whose parents were killed or wounded in US Military service).  The fundraiser in concept is simple.  Run one mile on a treadmill, get off and do four obstacles and repeat for 24 hours at Conquer Fitness in Tulsa, OK.  It’s Ultra-OCR (mostly) indoors that requires very little space. 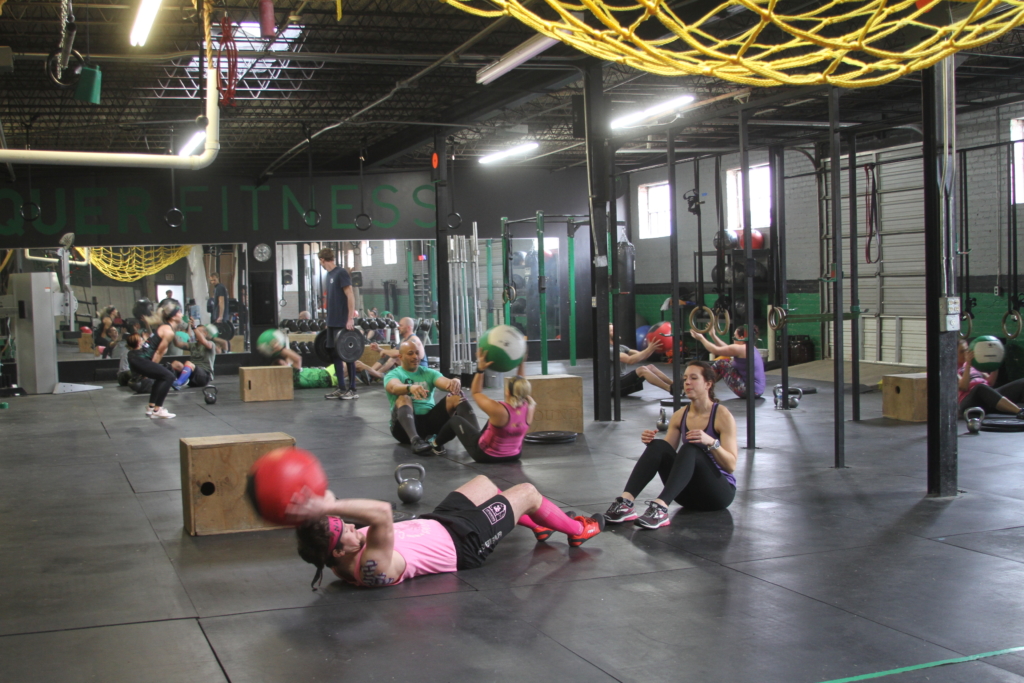 What’s it like to run 24 hours on a treadmill?  Awful.  I don’t think that’s a surprise to anyone.  Here are some things I did learn which were surprising, some things I knew already that were re-enforced and how they compared to some other Ultra-OCRs I have done in the past.

1) OCR Teams and Community:  I had a great support crew there including athletes from KCOCR, Strength & Speed, Conquer The Gauntlet Pro Team and my family.  I had music playing in the background but the miles that went by the fastest mentally I was either engaged in conversation or paying focused attention to the athletes running the ninja course we set up as part of the Conquer The Gauntlet Pro Team Takeover weekend.  While OCR is primarily an individual sport, the power of teams and having a great community shown through again.  (Read about why you should join an OCR team here)

One of the 17 crossings of Conquer The Gauntlet's signature Stairway to Heaven obstacle.

2) Your hands last a lot longer when there is no water:  With a dry course, I managed to go all 24 hours with no rips.  Compare that to doing some of the same obstacles at 48 hours of Endure The Gauntlet and I had 13 open wounds on my hands in well under 24 hours.  Despite doing many of the same obstacles, after 24 hours I had no open wounds.  Although my hands were tender and swollen, they still look relatively normal.

Getting some high fives from my pit crew.

3) Repetitive motion took its toll:  While I initially thought the flat treadmill would provide an opportunity to rack up some really high mileage.  I think the exact repetitiveness (i.e. every footstep is stressing the same muscles in the exact same way) hurt my legs worse than I thought.  Running in any other environment shifts the load and stress on the muscles as you go up and down terrain.  When you run outside you will naturally adjust your pace as you tire, with a treadmill you have to consciously control the pace.  The same exact motion made me fall off pace at 10 hours and eventually reduced me to a very slow walk by hour 18.  Despite not having to wear a wetsuit or deal with uneven terrain/hills my overall mileage was 85 miles (below my 90 mile PR from WTM but above my average WTM mileage which is closer to 80).

Climbing over the 8 foot wall in my MudGear socks.

4) Liquid fuel is king:  I stand by my fueling plan of almost all liquid fuel.  At World’s Toughest Mudder I consume Hammer Nutrition’s Gels, Heed and Perpetuem for almost the entire event.  With the ability to have water bottles available at all times I fueled exclusively off liquid (Perpetuem and Heed), minus a scone I ate sometime in the middle of the night, a Venti Frappuccino and 3x Ultra-stuffed Oreos.  Liquid fuel allows for instant access to nutrients and fueling almost the same every time means my body reacts the same every time without Gastro-Intestinal (GI) issues.  I tried eating more solid fuel when I did the Dreadmill Challenge last year (100 miles in 48 hours or less with no obstacles and you could get on/off the treadmill as often as you wanted) and found that with lots of solid food or varying types and quantity my stomach wasn’t always feeling the best.

I went with Merrell All Out Crush shoes for half of the event and once I started walking more switched to a more cushioned Saucony KOA ST pair.  I used MudGear socks for most of the event with no blisters.  I also applied a healthy dose of Squirrel’s Nut Butter to my groin and had zero chaffing (I like the stick better than the tub). 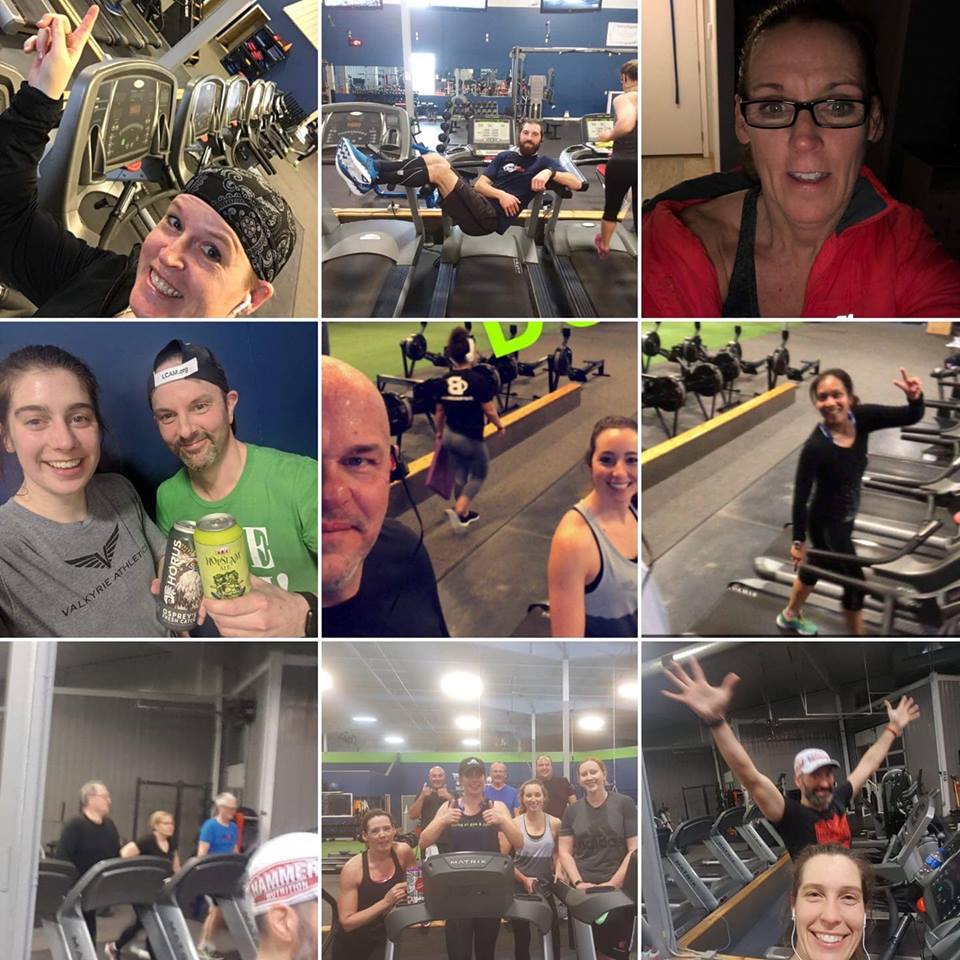 While I would torture myself all weekend, three other great communities of OCR athletes across the nation joined in the “fun” as relay events.

Otherworld OCR: Ultra-endurance athlete Helene Dumais organized the event at Tim Guinan’s Otherworld OCR gym in Frederick, Maryland.  With the option to have up to four people running simultaneously on their nice Woodway treadmills, Otherworld OCR logged 200 miles and 780 obstacles among their 20 athletes that put in a cumulative 50 hours of work. 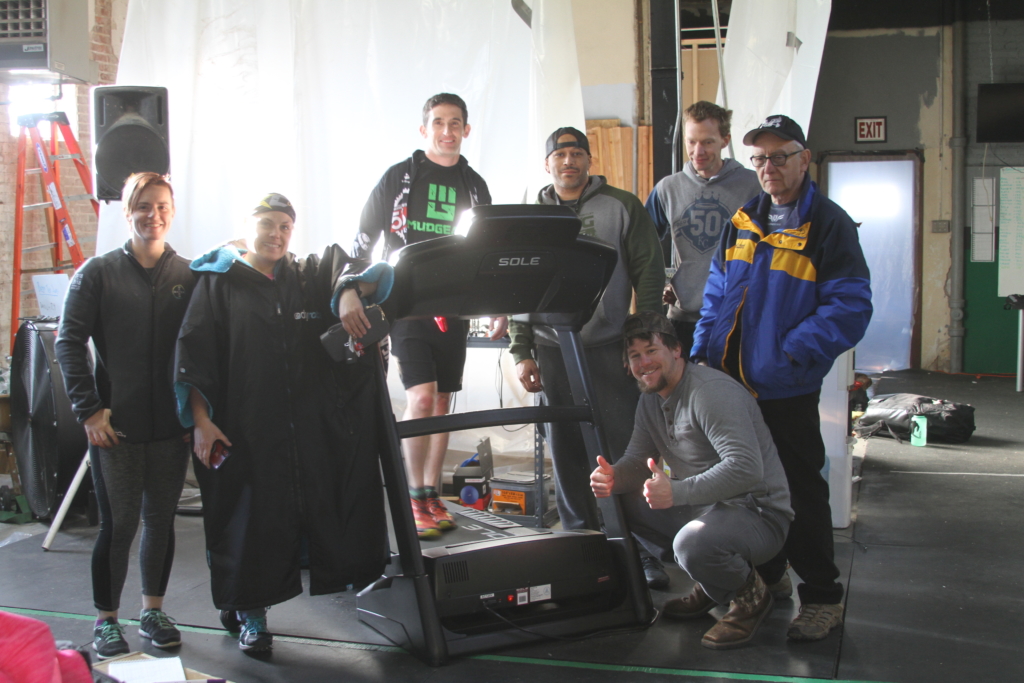 Money donated in person from these events was donated online to the Facebook fundraiser.  Overall, the event has raised more than $2000 for charity with online donations still open.  If you would like to donate you can do so here on the Facebook fundraiser.  Thanks to everyone that supported the event through your donations, social media shares, presence at any of the events or through your sweat.

For a more detailed recap, listen to the Strength & Speed podcast where we will be going into the event in a little more depth as well as sharing some specific lessons learned and skills you can apply to your own OCR training. 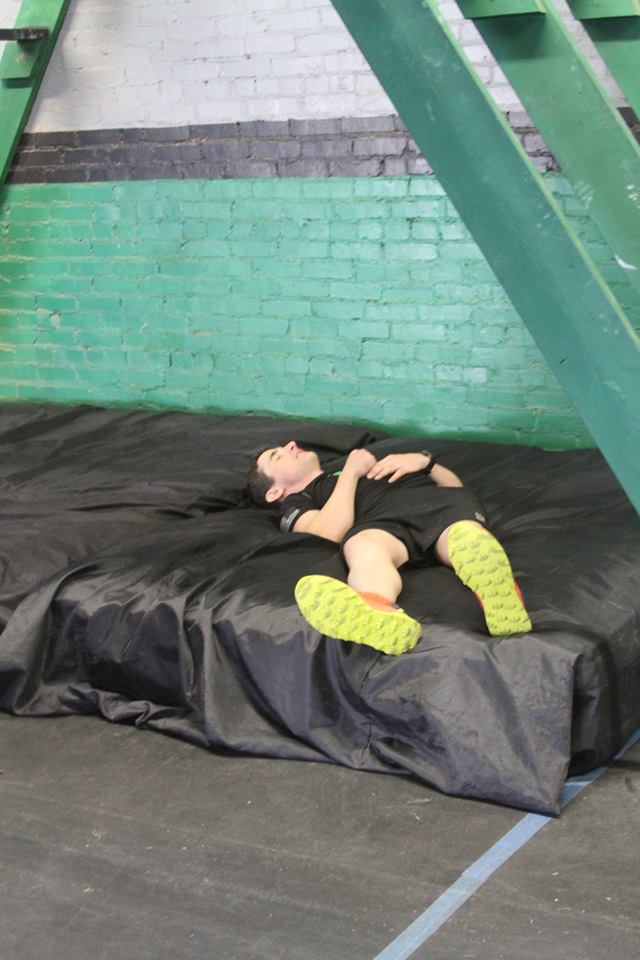