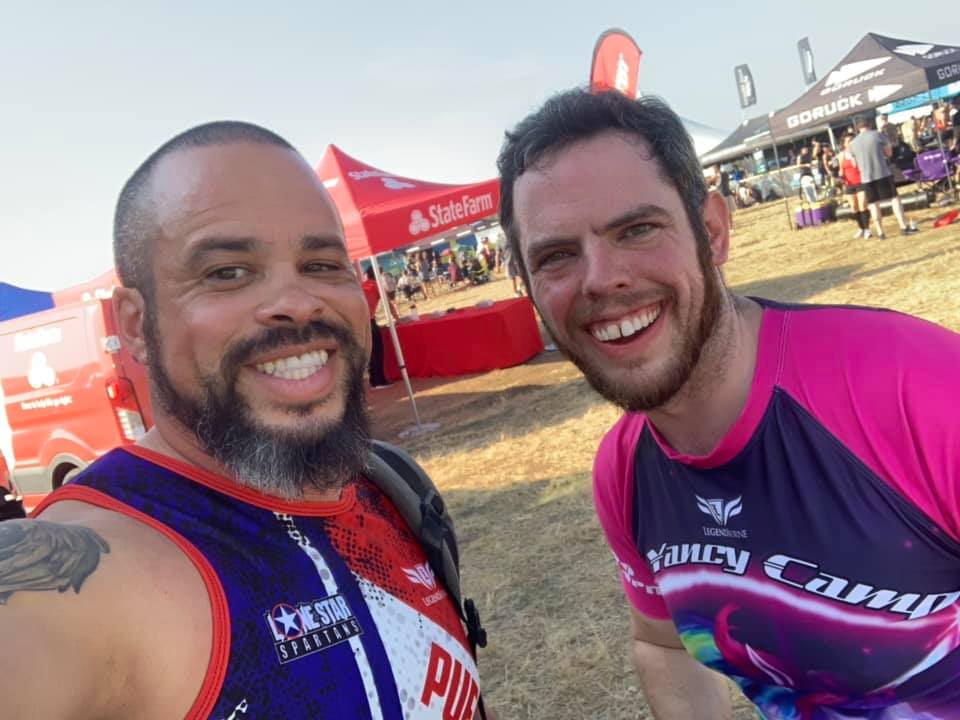 Myself and Alan Jones before entering the humid suckfest of obstacles.

The Savage Race in Dallas wasn’t my first OCR or first Savage Race, but it was my first race back after an injury in February. Savage was an awesome suckfest and a great welcome back. I’ll take a moment to say, I look at races very differently now than I had before due to injury. Course mechanics, obstacle mechanics, and extra safety measures that might be taken on these obstacles all of these have become factors I actively pay attention to as sweat drips down my face running from obstacle to obstacle.

Christina Hamill cheesing it up for the Colossus Slide.

Savage Dallas had quite a few different races offerings this weekend.  From people doing the Ruck Savage Race to the Savage Blitz, there were offerings for everyone at different skill levels, no matter what your desired distance.  I’m intrigued to see if, in the future, Savage decides to do any courses more than 6-7 miles, given they are branching into an overnight Ruck. 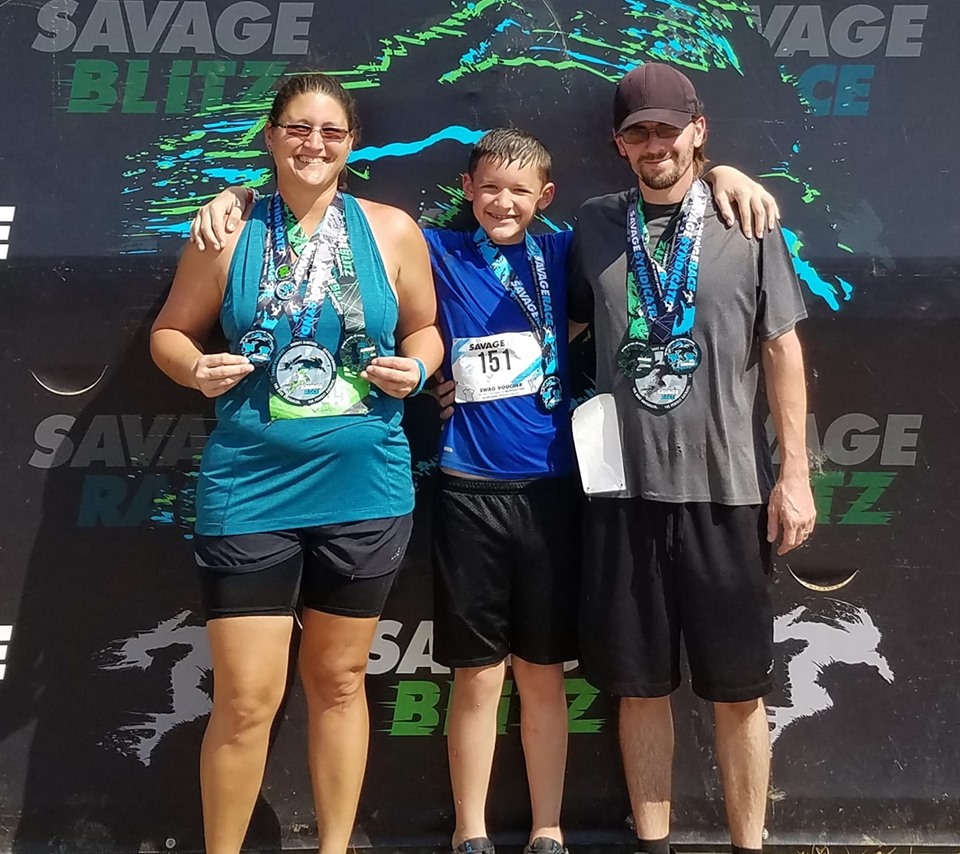 Christina Hamill and her crew at the village for post race photos!

To start with my review of Savage, I want to talk about the Race Village and staff at Savage.  One thing I was impressed with during my first run of Savage last year was how they adjusted and kept safety a number one item on their list, and this race was just the same.  Their staff members were super helpful, the Race MC handling the DJ section was spot on and super helpful as I was trying to report on information he had just delivered. As soon as I said I was with Mud Run Guide, he let me up onto the stage and quickly showed me all the information I was looking for.   The village had a lot of things going on, as well as after I finished my wave they even had Kona Ice there for people looking to cool down in the abysmal heat and humidity that day. They did a good job of staying on pace for all waves and kept the ball rolling as much as they could.

Obstacles were a piece of queso? 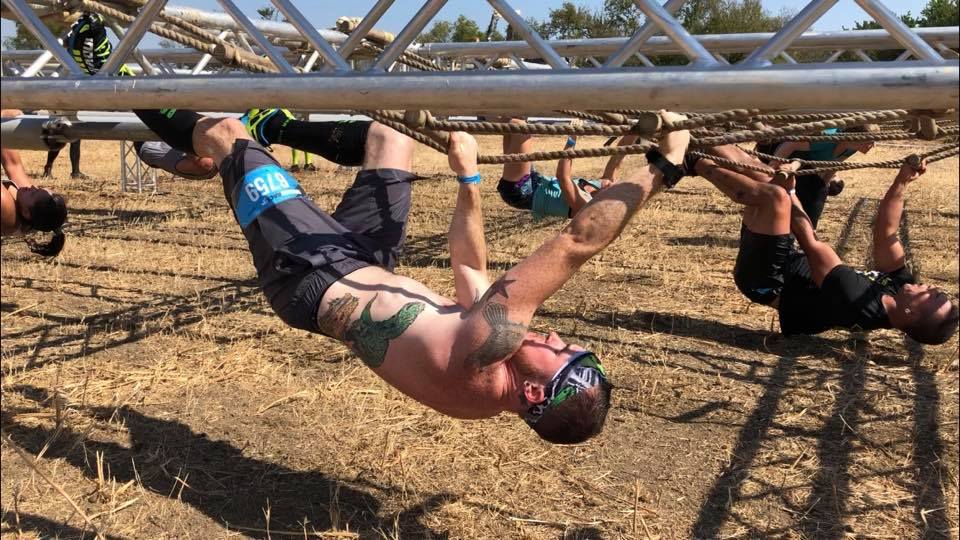 I will go on a limb and say I love a lot of the obstacles that Savage brings.  I wished they would have had Holy Sheets and more of the rig-based obstacles there, but what they had there was still a lot of fun to do.  Inversion Theory was one of their new ones that I really liked. Looking at it, you walk up thinking, “Man, this is a caaaakewalk.” Fun fact – it was not a cakewalk.  I failed that obstacle on the second pipe, my left ankle was not resting on it the right way and I chose safety on it. Overall, though, it’s not an obstacle to underestimate.  Piece of Queso is another new obstacle they had, and it’s just fun. It’s like Holy Sheet in a way, but with those cheese hanging obstacles. What makes it more fun, is that as a racer you have to adjust your positioning and height to get to the various draping sheets to swing to the next cheese or bell.  Some of their classics made appearances: Wheel World, Savage Rig, Sawtooth, which were all super fun and challenging in their own rights. Shriveled Richard was amazing on such a hot day because it helped cool down the racers – I’m sure I saw tons of faces of people who just looked very refreshed after that obstacle – amirite? 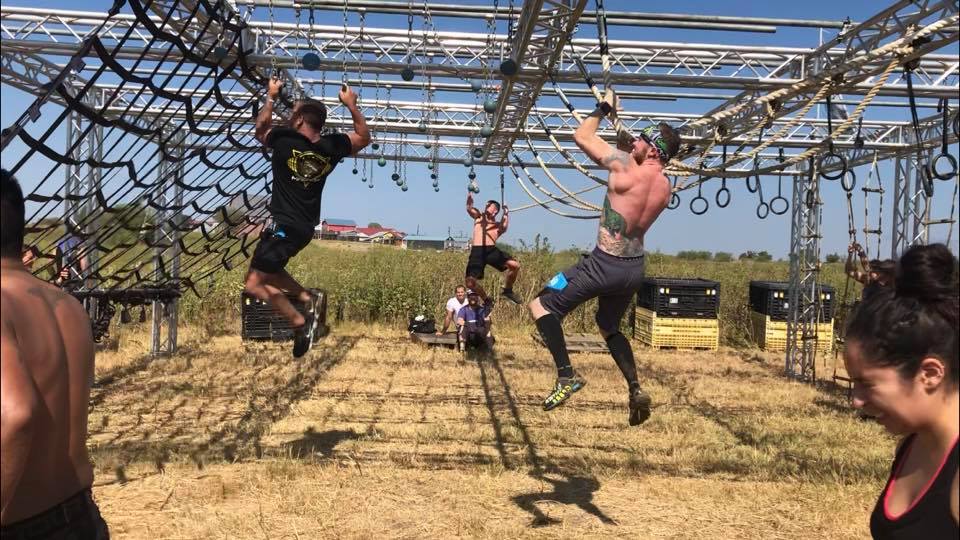 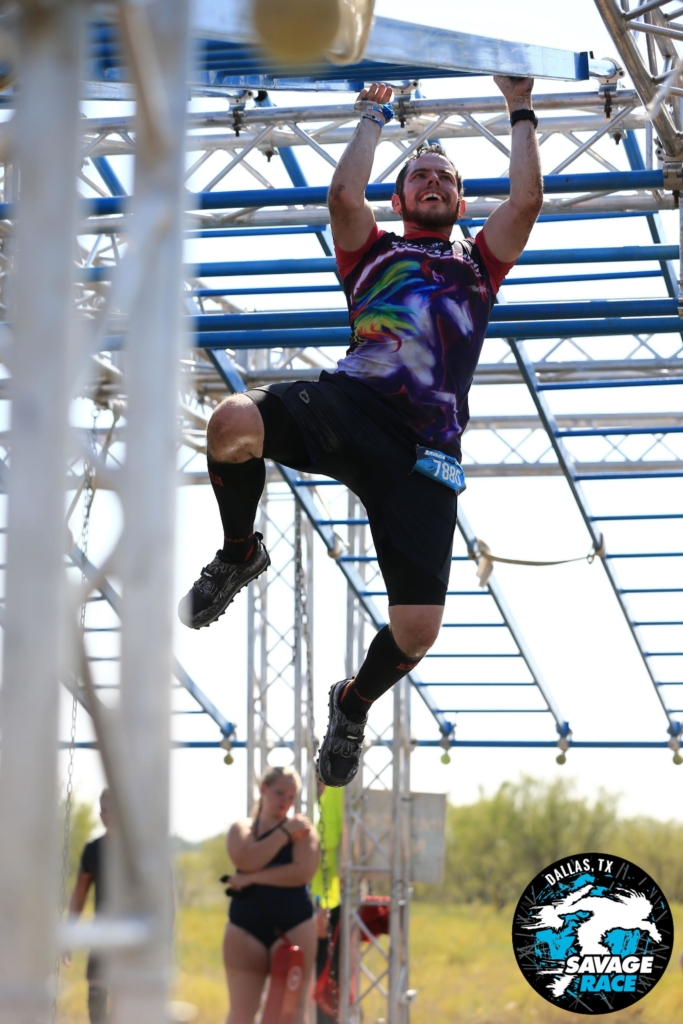 Me, so happy to be swinging like a monkey. 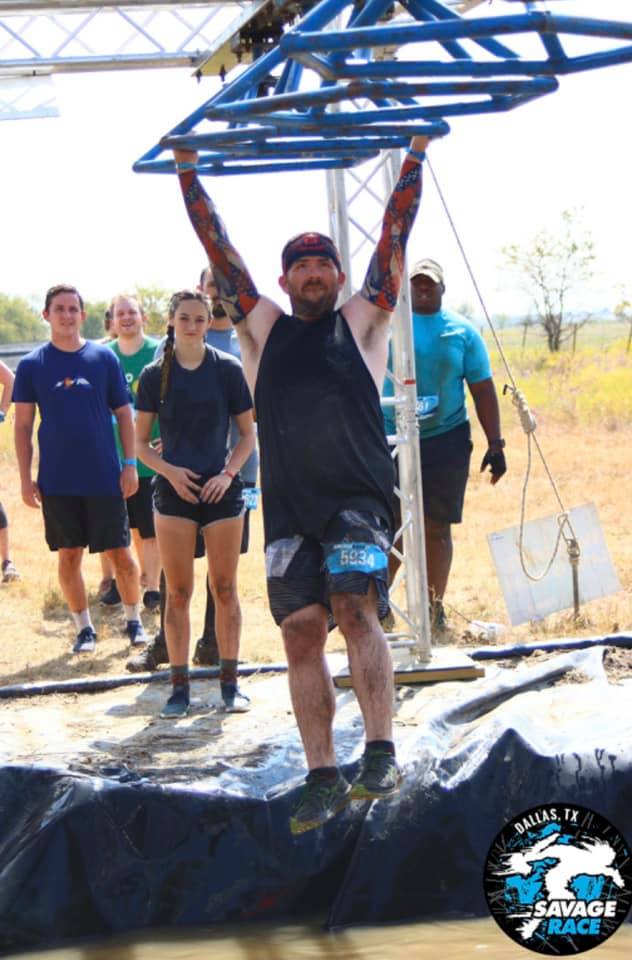 As I noted earlier, after an injury in February, I've noticed safety features that I may have not paid attention to before. Many Savage obstacles have safety built in by default.  Sawtooth or Wheel World, for example, I always thought the water down below was for the pure enjoyment of watching people fall in for funny videos and memes.  I see a different reason for the water now, though – it’s a much softer landing than dirt. If you look at a ton of race companies, they have obstacles like this where based on momentum or just how easily you could fall in, you have the water landing and enough space for you to take a big enough dive and be fine.  It’s a lovely safety mechanism that does provide oodles of fun for onlookers and keeps people safe. I’m not saying every obstacle needs this because that’s not true, but ones where people can take a more nasty spill (I’m looking at you, Rope Climbs!) should have more safety precautions built in, where feasible and possible.

The Dallas weather was stupidly humid that day.  When I began my drive, it was 74 degrees and felt amazing at 4-5 am.  But temperatures quickly rose to a stiff 95ish with humidity being a huge factor. I appreciate Savage having as many water stations as they had – and they were almost all stocked with water and ready to serve up people water as needed.

What was going through my head – “Don't fall. Don't fall.”

The humidity and heat were real but Savage Race directors can’t control the weather as far as I’m aware.  My only real complaint with Savage was the course design going through as many open fields, which also had tons of ankle-breaking wheeling imprints that were very dry and obviously had been there a while.  I was pretty sure I was going to get a sunburn by the end of the course given how much open field time we had, but luckily I didn’t because I applied sunscreen at the beginning. I wish they had used more of the forest areas at this venue. The few spots where they did, I enjoyed very much.

The Savage team did a remarkable job overall – they played it safe, warned people of the heat, had plenty of water for those who didn’t listen to warnings, and had crews going back and forth constantly checking on racers and staff/volunteers.  The venue was pretty good- not the best venue I’ve ever raced in, but if they hosted it there again, I’d return. If you’re looking for a good race to get you an idea of what this sport is like, a Savage Blitz is a good introduction with some good grip obstacles to make you realize you are never prepared enough for a race.  So get out there, and get Savage!

Have you done an Savage Race?

Leave your own Savage Race review and feedback...

This author is part of the Mud Run Crew and received a free race entry in return for an independent review. All opinions are those of the author and were not influenced by the race sponsor or Mud Run Guide.
By Charles Miller|2019-10-16T16:05:02-04:00October 17th, 2019|Race Recap|0 Comments

About the Author: Charles Miller