Back in April of this year, I reviewed the first Tough Mudder event of the season, right here in San Bernardino, CA. After a tumultuous 2018, many were skeptical that TM would be able to bounce back and put on a quality event that lived up to the hype they were generating. Lucky for them (and everyone else), they hit that one out of the park. This past weekend I attended the Tough Mudder SoCal event in beautiful Lake Elsinore, CA, and if my experience is any indication, they're still rolling strong.

This particular venue has hosted several OCR events over the past few years, including the Tough Mudder SoCal, Battle Frog, and Spartan races, and is known for it's flat, fast terrain, and picturesque views. With the absence of hills, it definitely favors the faster runners and obstacle-proficient racers. The weather this weekend was absolutely perfect, with the morning chill quickly giving way to mid 80-degree temperatures and sunny skies. Parking at this venue is particularly easy, as the festival area is just outside a minor league baseball stadium, with a large parking lot located directly across the street. Those who paid extra for ‘preferred' parking got even closer. 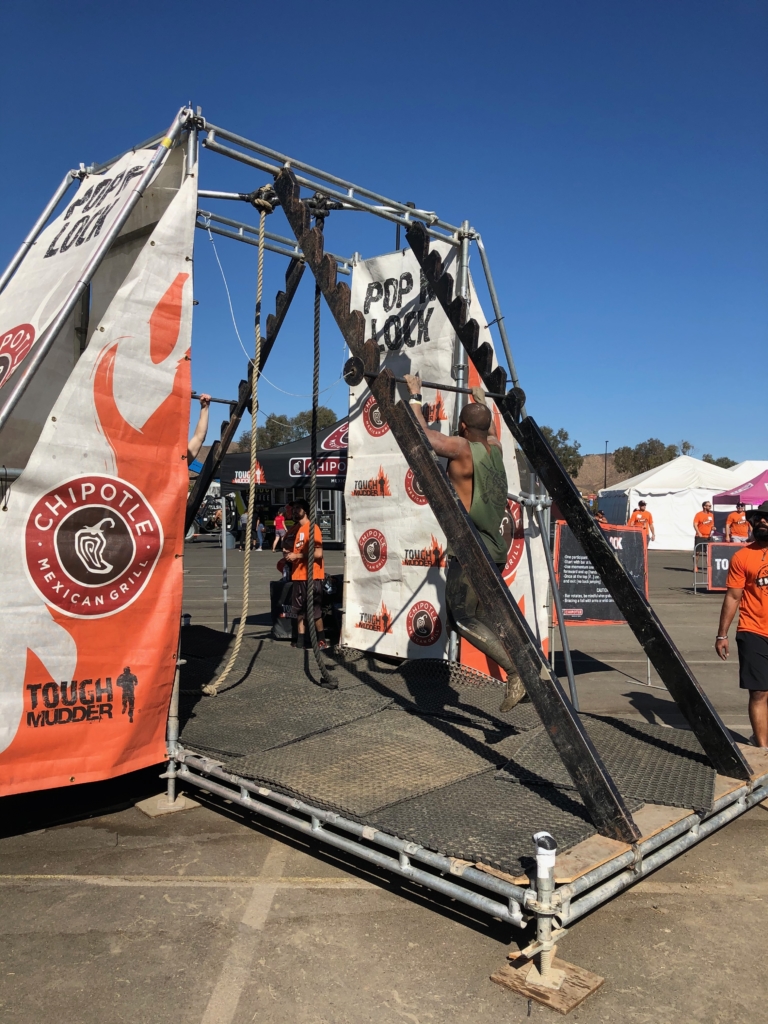 The paved festival area was perfect for setting up spectator-friendly Tough Mudder staples like Pop N' Lock and the Human Hamster Wheel, along with, of course, the DJ stage, merchandise and vendor tents, and one of this year's new additions, the Every Man Jack rinse station. Though not terribly large, the festival area setup was efficient and easy to navigate, not to mention largely dust-free. Registration lines moved well, and Tough Mudder staff were on hand to answer questions and put out small (metaphorical) fires, before they became big ones. Overall, I was very impressed with how smooth both the racer and spectator experience was, and how well TM did at getting ahead of any potential problems. Well done, TM. 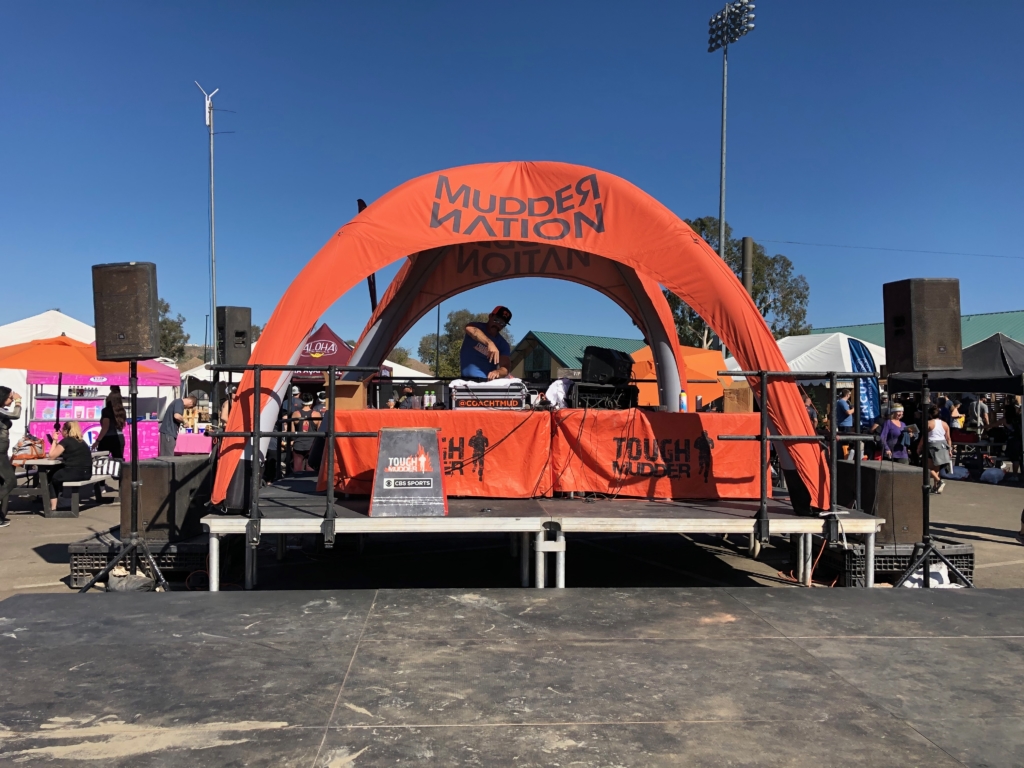 Measuring almost exactly nine miles, the Classic course was, for all practical purposes, completely flat, giving stronger runners a slight edge in the competitive heat. The course started out with a good half-mile run before coming to the first set of obstacles, including Kiss of Mud (where I took a face full of barb wire), Lumberjacked, and Rolling Mud. After another half-mile, or so, runners would encounter another set of obstacles, this time including Skidmarked and Entrapment, the first electro-shock obstacle of the day. This pattern would continue throughout the course, with longer solitary runs being met by two or three obstacles at a time.

My initial feeling was that the longer runs in between obstacles would take away from the excitement of the race itself, but, as the race wore on, I actually enjoyed the way the course was broken up. Back-to-back-to-back obstacles made each consecutive one that much more challenging, and the runs gave the competitors a chance to separate themselves or catch those in front of them, as the case may have been.

As far as the obstacles themselves went, the highlights for me included Funky Monkey, the challenging Gauntlet, and, of course, Tough Mudder standards Arctic Enema and Everest. Notably absent (and sorely missed) was my all-time favorite King of the Swingers, which is apparently making an appearance at this year's World's Toughest Mudder event in Atlanta, GA. 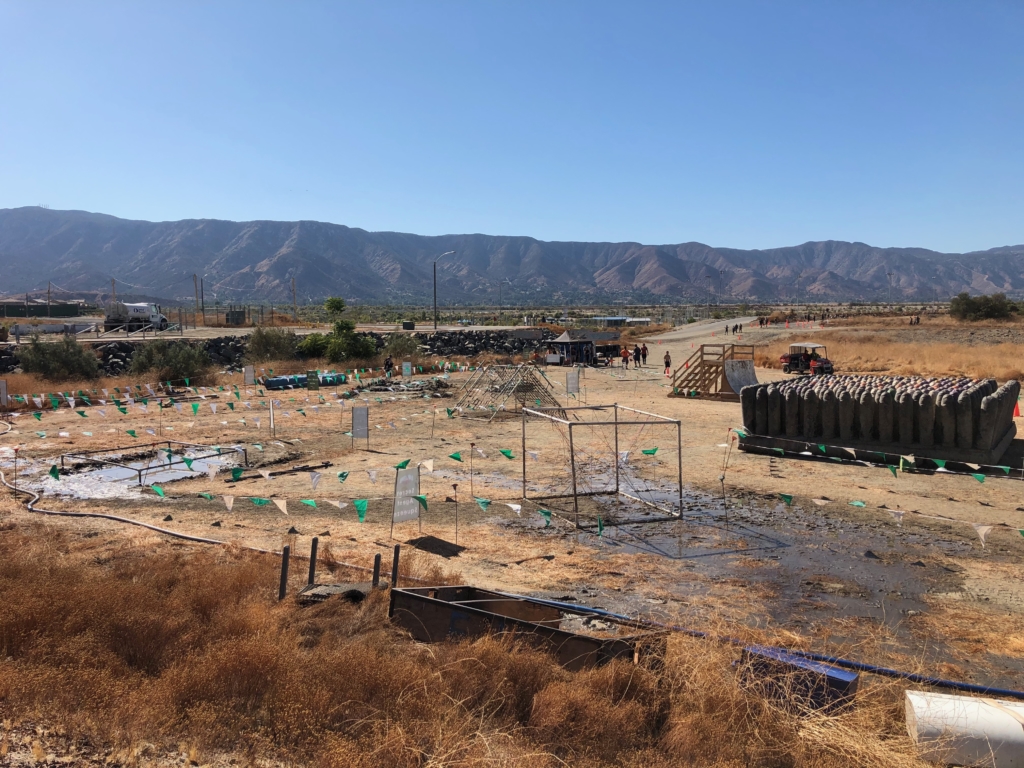 Also of notable mention was the fact that, even in Saturday's competitive Tougher heat, the sense of camaraderie never waned, and even those who were locked in a battle for a top-ten finish would stop long enough to lend a hand at Mud Mile, or help their competitor over Blockness Monster. This is the true spirit of Tough Mudder, and it shone brightly throughout the weekend.

The festival set up was ideal. The course was flat, fast, and fun. But I think what was most impressive about this weekend's event was this: Almost everyone I spoke with, including the always inspirational MC Sean Corvelle, resident DJ Coach Kyle Railton, and both full and part-time Tough Mudder employees, had high praise for how TM has handled things this year, and especially for new Tough Mudder CEO Kyle McLaughlin. They spoke about how accessible he's made himself to just about everyone, and how positive the energy is for Tough Mudder right now. I don't mind admitting I'm a big fan of Tough Mudder. 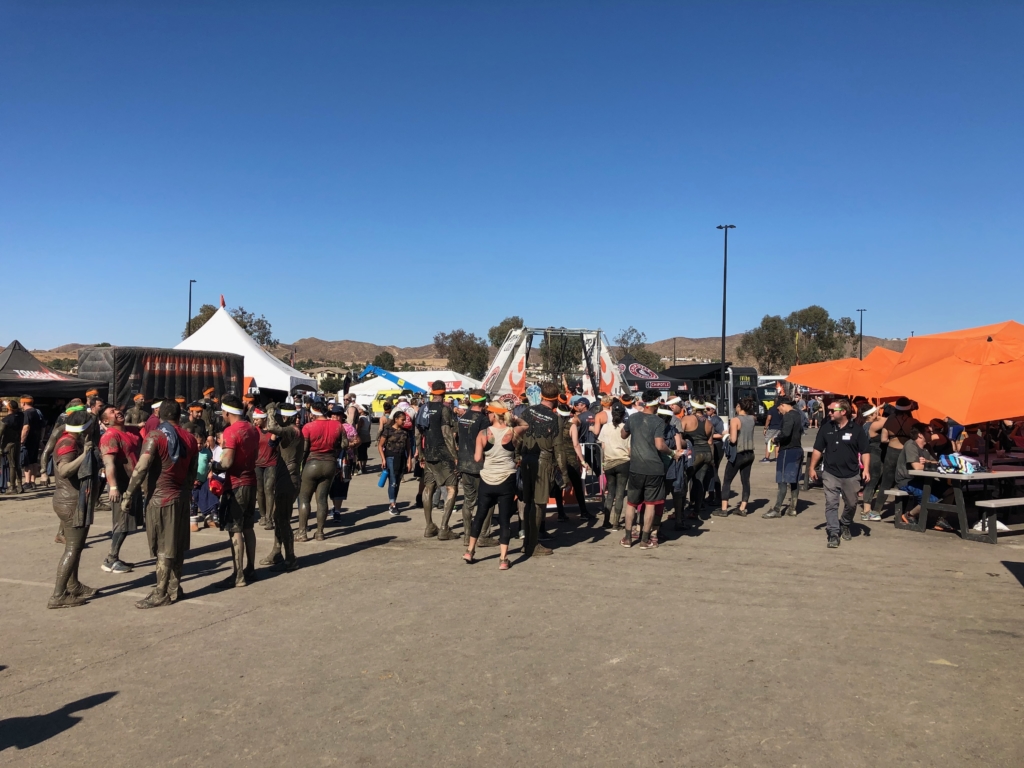 Sure, as someone who enjoys the competitive aspect of OCR, I'd love to see them expand their competitive heats, but, that said, I think Tough Mudder does a fantastic job of combining fun, competition, and teamwork like no other company in the business. 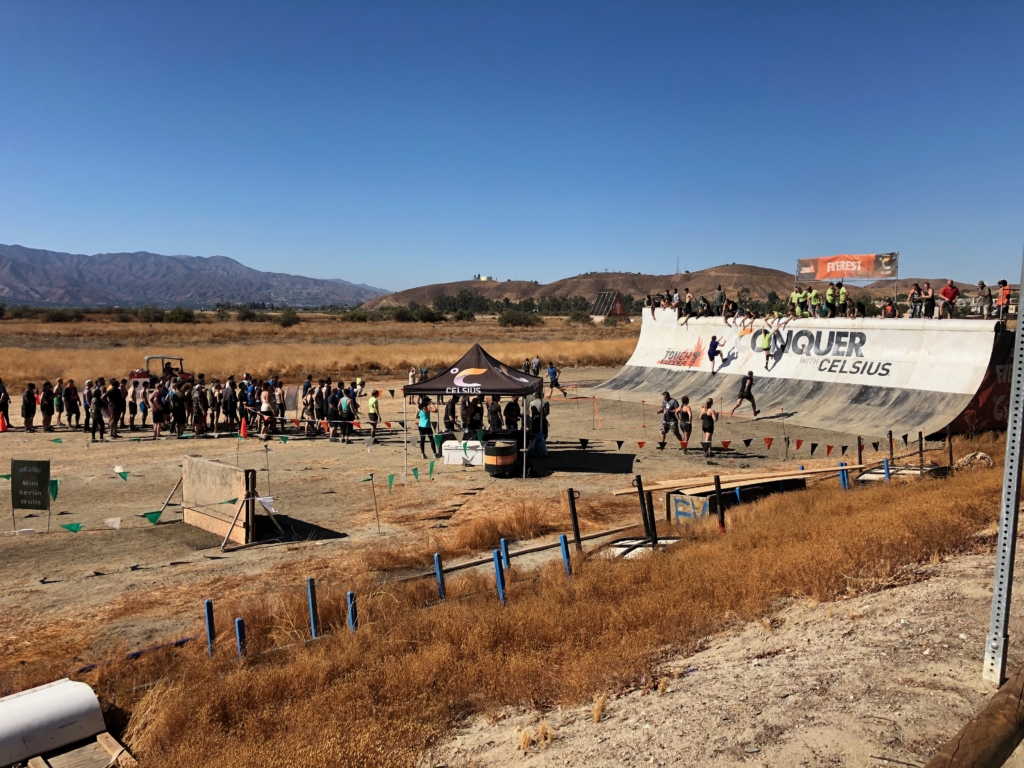 Believe me, no one was more bummed out than I last year, when the proverbial wheels fell off the bus. And no one is happier than I to see that they're still on the right track, almost eight months after kicking off the 2019 season. Here's to hoping they can keep the momentum going into 2020.

Have you done an Tough Mudder?

Leave your own Tough Mudder review and feedback...

This author is part of the Mud Run Crew and received a free race entry in return for an independent review. All opinions are those of the author and were not influenced by the race sponsor or Mud Run Guide.
By Daniel_Ludwig|2019-11-11T22:32:10-05:00November 12th, 2019|Race Recap|0 Comments