The Spartan Trail race series returned to Infinity Downs Farm as part of the Spartan Super and Sprint Weekend. For the second consecutive year, Spartans have gathered to test their mettle on the tails of this vast and beautiful venue. Spartan has hosted its OCR events here for several years, but depending on which Trail race you decided to run, you might find yourself surprised with how the trail race plays out. 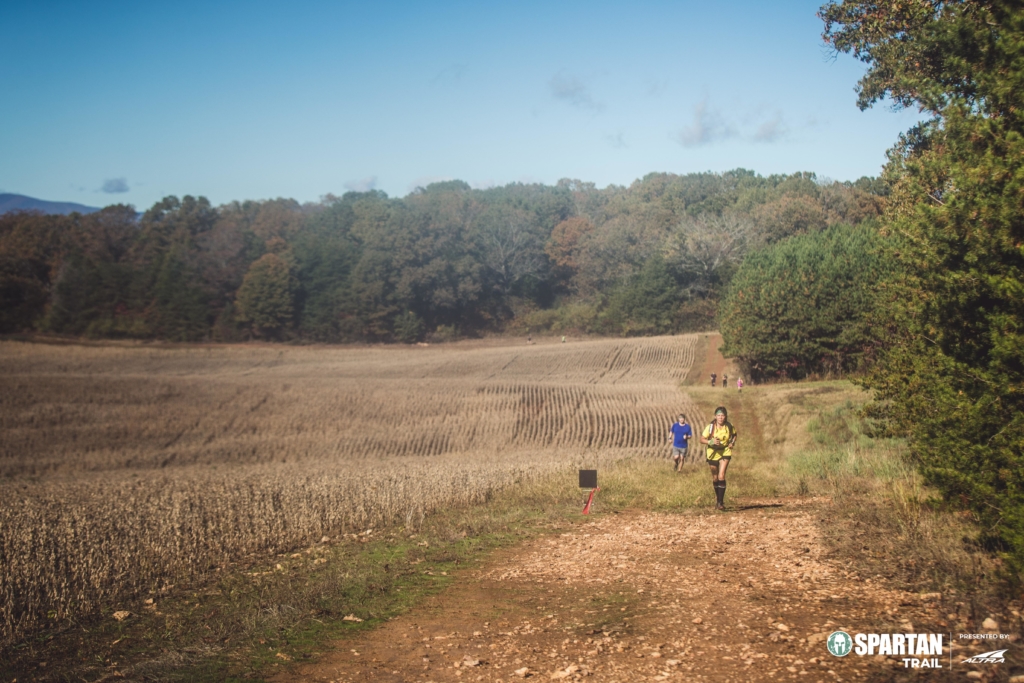 The trail race heats started going off at 10 AM with the 21k racers. The Elite waves and the Age Group waves were sent off in the same heat. The 10k racers were sent out in the next heat after the 21k racers. When calling the racers to the starting corral they did open the barrier to the side of the corral. This allowed the racers to simply walk in, of they chose. The option to jump the wall was still available but was not mandatory.

After a brief talk about the course and the course markings, the trail racers were sent off. There was no canned motivational speech or ground shaking “AROOs” at the start of this race. The entire event has a much more relaxed and fun vibe to it than a traditional Spartan Race. Both courses follow the same route for the first few miles of the race. After the first mile racers were sent into the woods for the majority of the rest of the race. 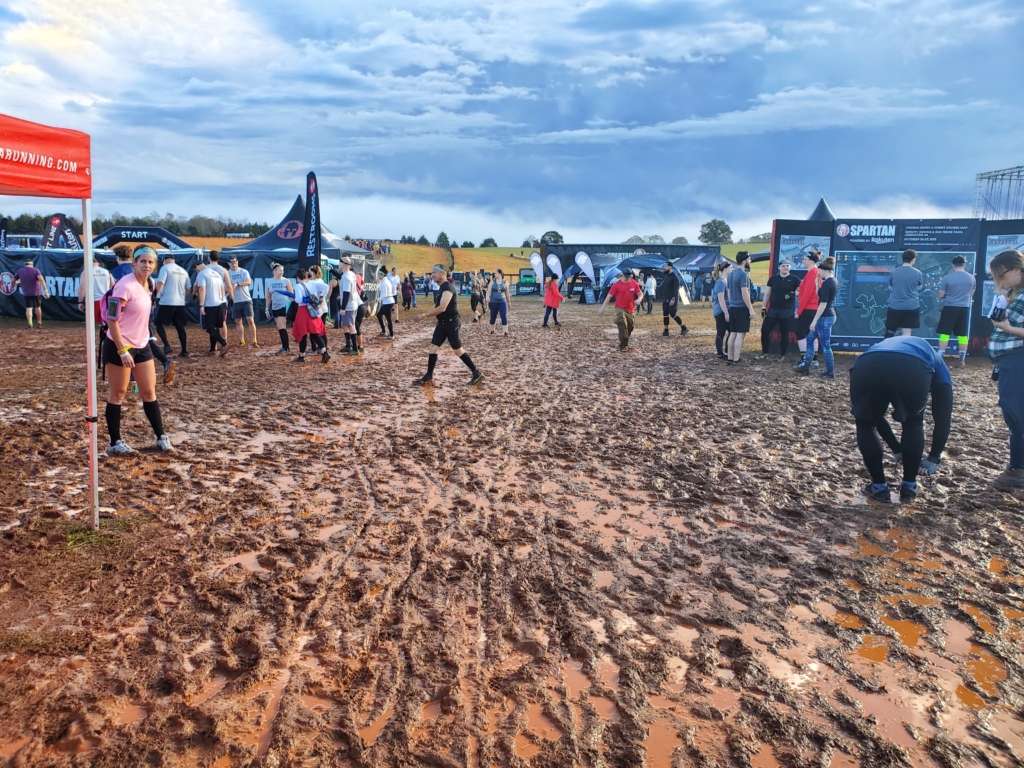 It was in the woods that the full force of that morning’s rain was made apparent. Before the trail racers were sent off a substantial amount of rain fell on the venue. The rain didn’t last for long, but it was enough to alter the course and festival area a considerable amount. The festival area was turned from a grassy field into a slick mud pit. This effect was also felt on the course. The trails that were dry and firm the day before were now almost entirely muddy to some extent. It was not deep, shoe-stealing mud. Most of the mud wasn’t even messy enough to splash when stepped upon, but it did force you to watch your step. Running the trails wasn’t difficult in most areas, but the extra attention to your footing and energy spent stabilizing each step adds up over longer distances.

The recent rain substantially impacted the main water crossing in the 21k race. The extra water turned a quiet stream into a fast-moving and turbulent creek. I didn’t hear of anyone getting swept away, but the water was deep enough and strong enough that had someone could have been pulled downstream. In the future Spartan would be wise to double-check these crossings after a rain to ensure it is safe enough for every racer. They could have easily strung up a rope across the water. This would give racers something to hold onto as they traversed the waters. 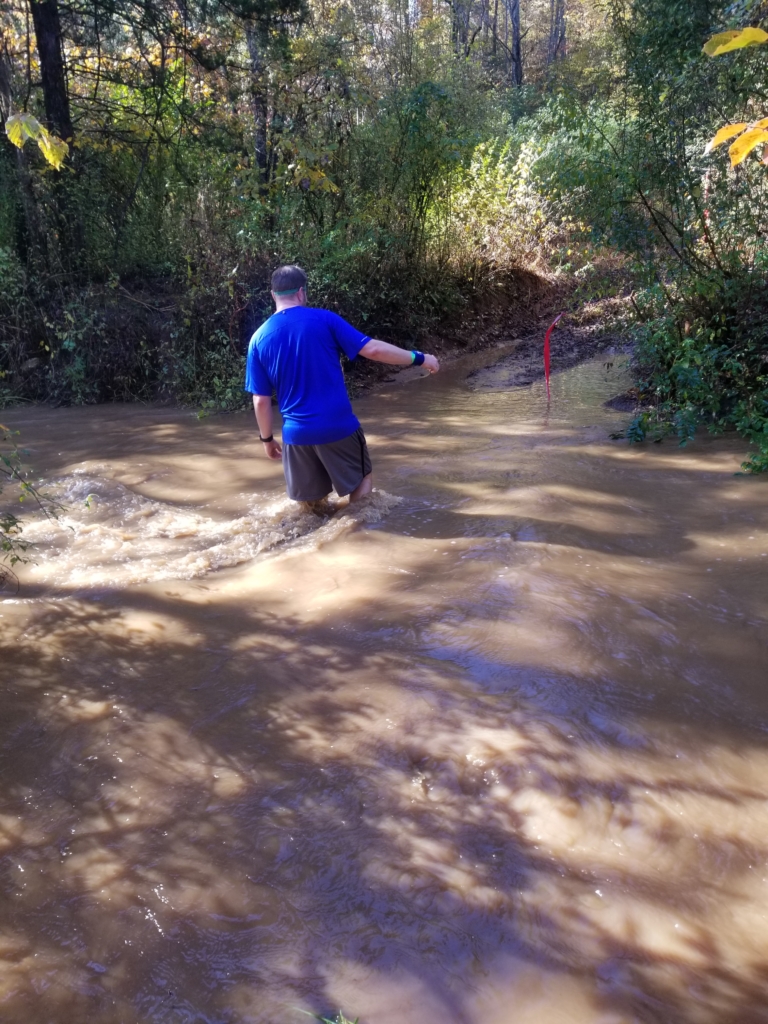 It's difficult to see in the picture, but the water was knee – waist deep and moving fast

The majority of this trail race was actually on wooded trails, with a few short portions in a field with an open sky. As mentioned the trails were often wet, though not overly muddy. There were a few sections where getting muddy or wet was unavoidable, but most of the trails were relatively clean. The trails themselves weren’t overly technical, though you needed to be mindful as there were often rocks and roots that were obscured from view and could catch you off guard. Most of the trails were nice and wide and were well marked. They were well established and there was rarely a time where you had to question where you should be running. 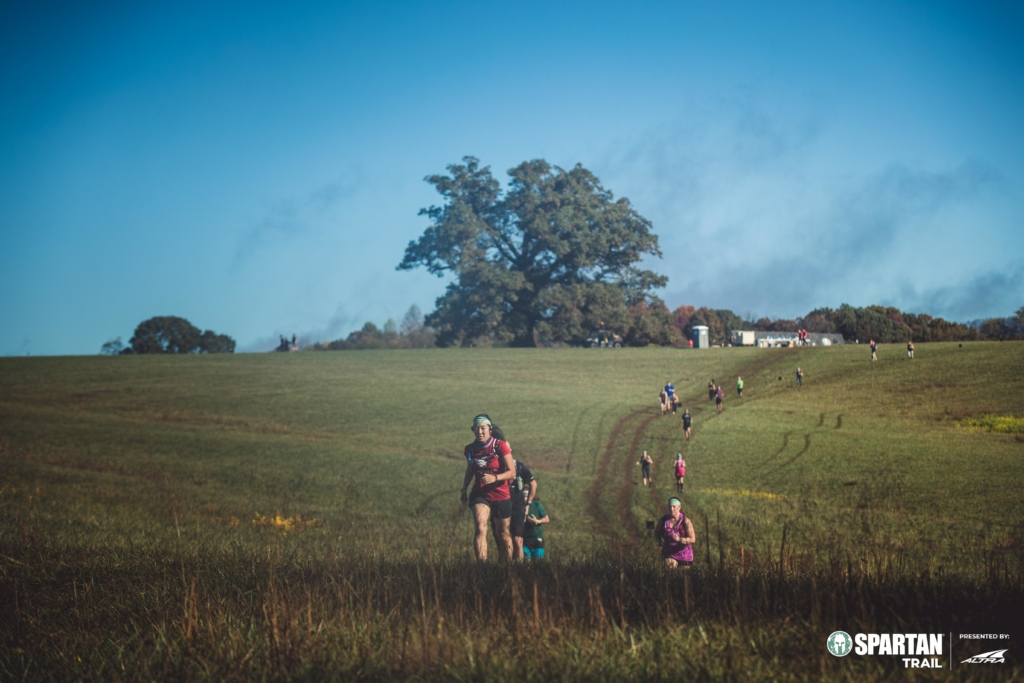 Despite being so close to the mountains this venue is surprisingly flat. The 10k race had a little bit of elevation change, but most of this would be gradual over the course of the race. The 21k shared all of these same flatter sections, but Spartan was able to find some more elevation change deeper into the woods. Around mile 5 things started looking up, literally. I would estimate that racers spent the vast majority of miles 5-7  climbing. Most of the climbing was gradual, and could likely be run by a proficient trail runner. Spartan did manage to find a couple of big hills that were definitely better suited for power hiking.

One of the more formidable hills on the 21k course

As an event this Spartan Trail race was fantastic. The relaxing and welcoming environment the trail series provides is a welcome change from your typical Spartan Race. If you like the trail aspect of a standard Spartan Race and are looking for something fun that won’t try to beat you up then definitely consider the Trail Series. It is a great option for non-OCR runners to race, for OCR racers looking for something fun and casual, or for people who are maybe new to running or have to back off obstacle racing due to injury.

About the Author: Ron Williamson

Ron ran his first OCR race in 2014 and has been hooked ever since. He is a former track and Cross-Country athlete but he had stopped running after college. Obstacle racing reignited his passion for running and for pushing his limits. He is now on a path to reclaim his fitness and to overcome every obstacle that stands in his way.