Brett Stewart
Co-founder, CEO-ish
This guy decided to write a book about OCR, look where it got us all. The idea-guy-with-ADHD, Brett's on vigilant alert for squirrels and/or shiny objects. A former triathlete and ironman, Brett co-founded and lit the fuse on this rocket with Chris back in February 2012.
brett -at- mudrunguide.com 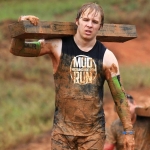 Chris Lewis
Co-founder, COO, CTO
The architect and engineer that makes it all tick, Chris is everything technology for Mud Run Guide. The co-founder of MRG, his first OCR was a muddy buddy in 2010, and has been hooked ever since. He may be “located” in Georgia, but he's been to every corner of the globe and enjoys traveling every chance he can get.
chris -at- mudrunguide.com

Katie Octa
Editor-In-Chief
The keeper of the pen who keeps our editorial content flowing – Katie is our Grand Central to the locomotives that are our crew in order to keep the trails on-time and stories online!
katie -at- mudrunguide.com 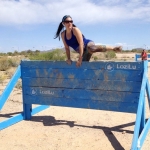 Kristen Stewart
Princess of Accounts, absolutely not the K Stew that's a Sparkly Vampire
K Stew is the keeper of all things important and the herder of many cats… or just this insane posse of clowns we have here. Extremely well-versed in sarcasm and snarkiness, K is our conduit to the outside world (aka customer service) and somewhat “instafamous” for her movie star name. #twilight
kristen -at- mudrunguide.com

Bonnie Wilson
Social Media Peep
If you talk with MRG on social media, you are probably talking to me. A die-hard American Ninja Warrior and Spartan Race fan. Never ran an OCR but volunteered more times than I can count. When you don't catch me chatting people up on social media, I am running in the amazing city of roses (Portland, Oregon) or talking professional wrestling.
bonnie -at- mudrunguide.com 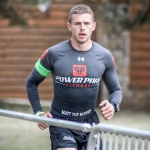 Matt Willis
Keeper of the Crew
Mr. “The Mudder” is the center of our universe when it comes to getting the right athletes to the right race for reviews, star-ratings, and in-depth race recaps. Matt The Mudder is a member of the Power Park Fitness racing team and an IT junkie.
matt -at- mudrunguide.com