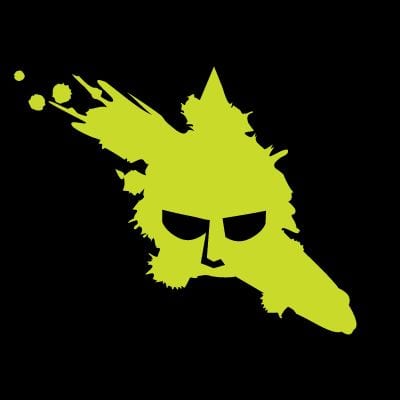 Gladiator Assault Challenge is the Midwest's premier test of endurance, speed, agility, strength, mental stamina and your ability to withstand a crazy party afterward. The Gladiator Assault Challenge obstacle course is a series of challenging physical obstacles an individual or team must navigate. The 5 – 7 mile course will challenge you with running, climbing, jumping, crawling and balancing elements with the aim of testing overall endurance. All registered participants will receive a free Gladiator tee shirt, finisher medal, a free beer and admission into the pre and post parties where there will be live rockin' music, DJ, grilled food, and lots of beer!

Click an event name to view the event details. Scroll past this, or click here to see the review section
Browse our calendar of upcoming mud runs mud races & obstacle races for Gladiator Assault Challenge

Average rating: 4.5 / 5 from 2 reviews.
(Scroll up to see a list of upcoming events for Gladiator Assault Challenge)

Back for a second dose of mud, sweat, and beers

This is my second Mud Run and the only thing that changed for me this year is I'm down 10lbs and trained by running 120 miles from January until race day. My cardio vascular endurance was much better than last year as was my upper body strength. The hills were still super hard and the obstacles this year were harder than last year.

Why was everything so hard? Because it was coated in greasy slick mud and water. The night before the race there was torrential rain and a tornado. That didn't stop the race but it made running IMPOSSIBLE in all but a few flat places the mud was ankle deep in most places nearly knee deep in others. My time this year was 2:51. We were in a group from the 10am wave that was about 20 people and we would plod in a single file line through the trails and help each other over the obstacles.

In spite of the increased difficulty my extra training really paid off. I didn't feel winded more than twice and that was only on the steepest rises. As for post race soreness it was almost non-existent.

My fear of the cold and rain was diminished after a successful finish last year and much of my training in late winter early spring involved being wet and cold. My gear I changed a little from last year, this time I wore long sleeve compression which saved my skin from abrasions and poison ivy up top my legs weren't so lucky. I switched out my shoes to some New Balance MT1010v2 minimus with vibram traction and rock stop plate. These shoes shed water extremely well but the vibram performed very poorly in the mud (then again I'm not sure any shoes were up to the level of muddy chaos that we faced)

Safety: I was pleased that this year there were additional safety reminders prerace and looked like additional safety staff and key areas including an extra scuba diver, the stream was raging due to heavy rains so the closed the crossing for safety reasons (an ounce of prevention right).

There were far fewer kids mixing in my heat this year. I felt better about their safety as last year it was a big concern of mine. I saw people who were scared of obstacles skipping them and that made me feel better too considering some events haze for skipping something that doesn't feel safe.

I didn't miss a single day of work this year where as last year I missed 3 after the race (and this year it was a Sunday instead of Saturday)
I brought a friend who is approaching 50 and he'd never done anything like this. He seemed nervous all the way though but at the end he said he was going to start training for next year now. That's how I felt after last year, the extra training made the experience far more enjoyable and safer.

If you have any remote desire to do this event or one like it do yourself a favor and put in some 3 mile runs and a few 6 mile runs and you'll be more than ready. Also train pull ups - you won't regret it.

As my review says this was my first mud run. About me: Male, 34, 6' 190lbs, cubicle worker, father of 2 with very little time to train, minor hip/knee issues, and zero past running experience. I didn't know what to expect and I didn't train as hard as I should have needed to train for running more and on HILLS. Out of 1500 participants I came in about 800.

What was good: I finished all 30 obstacles some just barely (monkey bars, balance beam, rope climb up nearly verticle hill, and climbing up smooth steel tube covered in mud/water) Many of them were truly challenging and completing them made me want to cheer.

Bad: HILLS, so I've never been to Seven Oaks and didn't research it. This is a ski area and so we were running up and down STEEP hills for 5.5 miles (almost 9k if you're into metric system) I did all of my running on flat pavement so this was a HUGE change for me running on dirt/mud and on steep terrain. Gladiator Assault Challenge as a name I think is bad just because it sounds like it's trying too hard and none of the obstacles seemed Gladiator themed. This may be why in some promotional materials they simply call it G.A.C. Also being mid-May the weather was questionable. I'd prefer that this would have been in June so we were assured a warm day. I had extreme cool weather apprehension because: cold + wet = miserable, to me. I wore dry weave shorts and compression shorts, and a long sleeve wool/poly base layer shirt with light weight cheapo Walmart shoes (brand new) the base layer held water and mud but once it got to my body temperature it stayed that way even while wet. I did get mud in my ears and sand up my nose so I'm also hoping I don't get some brain eating amoeba.

Safety
OCR safety is kind of a hot button right now and I felt like GAC did a decent job. The deep cold water jump area had 2 Scuba divers and one jumper at a time +4 other observers at all times so I felt safe enough jumping into the water without fear of drowning. I saw 3 participants either fall or collapse with cramps and in all cases other participants offered assistance and in the worst one where the man was laying prone in the mud looking in terrible pain first aid was on scene with an ATV, water, and prepared to evac him (they didn't do evac, he ultimately finished shortly after me) That said there were several parts where I think there was generally a good chance to get hurt and no race official standing by with a walkie. The high cargo nets in particular seemed most dangerous I saw several kids looking terrified crossing from one side to another at the top (and a few adults) several spots on the trail were very narrow and close to a steep drop off and there was no fall prevention in place. I get that this is supposed to be dangerous and that is part of the thrill but on the 2 cargo nets I'd feel way better if they had a 12" crash pad at the bottom. Also for the junior gladiator run I'd delay them by an additional 30 minutes so they are not mixing so heavily with the adult wave that precedes them. I have kids and was ok with it but I think it's a bad mix to have kids and unrelated/unconcerned adults competing alongside them if all of the juniors are together at least they know they are competing alongside other parents. Some of the early 20 something’s made me nervous about careless/accidental injury of one of the kids.

Final thoughts: This was easier than I expected but harder than I wanted it to be. I play my video games on easy (even Mass Effect)because I'm there for the experience and feel about the same way about this. Ultimately I did feel like this was a cool accomplishment and it made me want to try again and do better. BTW My race was 2pm Saturday I finished in 2 hours 10 minutes and today is Tuesday and I'm just starting to feel better (still pretty sore in the quads) until next time - I AM KROGAN!!

business 0.3
The Ultimate Mud Run, Obstacle Race and Adventure Race Guide , USA 4.5 5.0 2 2 This is my second Mud Run and the only thing that changed for me this year is I'm down 10lbs and trained by running 120 miles from January until race day. My cardio vascular endura