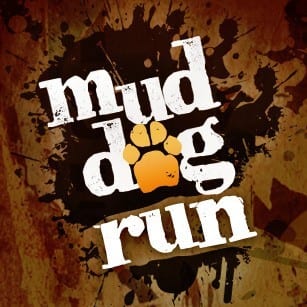 http://muddogrun.com
Use discount code mudrunguide for $10 off your Mud Dog Run registration!!!!

This is a new concept on our current Mud Dog Run Series. This 5K course will still have over 16 obstacles ranging from mud pits, cargo nets, climbing walls and other grueling obstacles to have fun running though and over. The spin is that there will be Zombies all over the course and at obstacles trying to pull flags off the runners. The object is to finish the run with at least one or more flags to stay alive at the end. If the runner at any point during the run does not have any flags left, they become a Zombie.

Upon finishing the Zombie infested run, participants will be welcome to join the End of the World party to have some great food, drink Flying Dog beer and listen to multiple bands and DJs with over 8 hours of music! You will not want to miss this!!!


We don't know of any upcoming events for Mud Dog Run. You can check out our list of past events and reviews below, or if you know of an upcoming race, add it to our calendar!

Average rating: 3 / 5 from 8 reviews.
(Scroll up to see a list of upcoming events for Mud Dog Run)

I wanted to check back after my initial review from 2013 and see what people are saying, and add some new notes.
1.) I have no affiliation with the Mud Dog Run company or events.
2.) Shelly and Super Woman left reviews for "Mud Dogs" mud runs which took place in the southern USA. I learned this after a little internet research. "Mud Dog Runs" are a different company that hold races in Maryland (a little confusing huh?). So...ignore both of their reviews when thinking about running a Mud Dog.
3.) I have run another 4 of their races since my last post, and all were fun. They are not Warrior Dashes, Tough Mudders, or Spartan Races. What they are is a fun local event that is half of the cost of the "Big Ones". I am able to give an opinion because I have run about 6 OCR races a year since 2012 (including the Big 3). The whole family could run this.
4.) Finally, their events are always linked to a local charity, local craft brewery, and local bands!

I signed up for the Splendora, Texas run. It was rescheduled and shortly after cancelled. I was told I would receive a refund and after numerous attempts at this, I never received a refund. I also did some follow up research and talked to more than one employee, one still employed and one not. Come to find out this is not the first run cancelled and people not receiving their refund. Several complaints about the events being horribly organized and overall not worth the money spent. My understanding owner needs to pay his daughter's college tuition. All I can say is you take the risk of being burned and I hope I contributed to her college fund (98.00 worth) because my daughter was really upset she didn't get to run in the event. The only reason I gave a 1 star rating is because the system makes you do it.

This was my first Mud Dog Run and I LOVED IT!!! It is certainly designed for you to not be able to finish "alive", but that's ok! Great people, great fun, and tons of mud! :) Can't wait to get to run it again next year!

I had a blast. Wish there wasnt long line for hose but overall great job mud dog

Have done 2 mud dog runs, primal s and hero rushes - mud dog runs in Frederick are great and are safe enough for family fun and great enough for starters! I love them. Didn't like that this one didn't give us a free sandwich at the end, but oh well! We won't miss a run!!!

They have better beer

Super Woman did not do a Flying Dog Mud Dog. This is sponsored by Flying Dog Brewery. These are only in Maryland. So, ignore her review. With that said, I have done 3 Flying Dog Mud Runs, 3 Warrior Dashes, and 1 Rebel Race. Warrior Dash is very well organized, and fun. That's why they are so popular. The Mud Dogs I have done were not at the Wisp. They were in Frederick. All 3 Mud Dogs were fun. To me, they are low scale Warrior Dashes. They are half the price of a Warrior Dash ($31 for April 27th) if you registered early, and the real perk is that they have awesome beer at the end. Other races have Bud or Miller.

I usually don't write reviews but...

I did a mud dogs event in Davie, FL and I have to say that I agree with Erik. I've done a few of these and was really disappointed by the quality of the obstacles. I did the 11 o'clock wave and by then the majority of the obstacles had collapsed or were in disrepair. The memory of seeing nails sticking out of boards, collapsed obstacles, and few personnel made you think twice about completing the remaining obstacles. (It quickly became clear that the organizers were more concerned with turning a profit, than they were about maintaining the health and safety of their runners.) *A tip to the organizers: just because people sign a waiver does not mean that you can be negligent. And believe me, evidence of your negligence is EVERYWHERE! You better get it together before someone is seriously injured or even killed as a result of your lackadaisical attitude toward people's safety and well-being.

The scale of this run is no where near other runs in it's class that it competes with such as the Warrior Dash. Obstacles seemed like they were thrown together last minute. Some were so small that two people couldn't go through it at the same time, although that wasn't much of a problem since the obstacles were so small that they took no more than a few seconds to do. I decided to do this run specifically after running a Warrior Dash a month prior and was disappointed with the quality of the course.

business 0.3
The Ultimate Mud Run, Obstacle Race and Adventure Race Guide , USA 3.0 5.0 8 8 I wanted to check back after my initial review from 2013 and see what people are saying, and add some new notes.1.) I have no affiliation with the Mud Dog Run company or events.