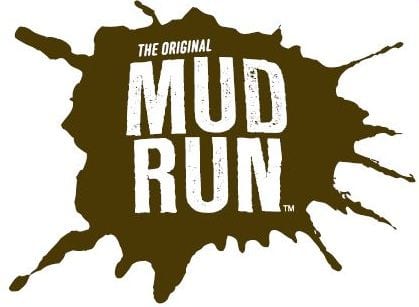 http://www.theoriginalmudrun.com/
Use discount code TRMUD20 for 50% off your The Original Mud Run registration!!!!


We don't know of any upcoming events for The Original Mud Run. You can check out our list of past events and reviews below, or if you know of an upcoming race, add it to our calendar!

The Original Mud Run Reviews from the Community

Average rating: 2.29 / 5 from 21 reviews.
(Scroll up to see a list of upcoming events for The Original Mud Run)

We've been racing these runs for the last 3 years and my wife and I loved them but May 25th's race was just horrible. We drove a long distance Waller TX to be exact only to do 5 of the weakest obstacles that a 10 year old could've easily done.

Not enough obstacles. Very simple obstacles on 10 K run. Venue nice, but they didn't bring the obstacles they had previously. Kids run had only five obstacles. Nice venue and setup, need more obstacles.

The venue was nice but no mud. We went through a creek multiple times. One event crossing a pond had over an hour wait. One obstacle had mud at the very end, very disappointing. I convinced my husband to come along and felt so bad, as it was a run not a mud run.

The most exhausting fun I have ever had! The DJ was awesome, the location was gorgeous, fantastic weather and the course was tough, muddy, funny and so much fun! I was so impressed that everyone helped total strangers. That is so rare these days. Needless to say we will be back. With a team. Dressed crazy. And ready to be tired, bruised, muddy and laughing the whole way through! And next year, so will our kids!!!Yaaa!

Awesome experience from the packet pick up to the finish line. Great mix of open fields and backwoods and ofcourse water and mud. It really was a great location and the staff could not have been better. If you get a chance to run The Original Mud Run then do it

Ran the Dallas race. It was great! There was not a lot of muddy obstacles but the obstacles where very challenging! Left early because it was very cold that day. Great race will run it again!!!

I was supposed to run this race but decided to do Armageddon Ambush WOW i am so happy I did. AA was a great race can't wait tip next year!!!!

This was a horrible race. It started an hour late. There was no mud. There were piles of dirt and there were swamps with over-head depths. At the end of the race, nobody was covered in mud as expected. We were soaking wet, head to toe, with swamp water. Also, myself and a few other people from my group got poison ivy all over us, so that's been fun to deal with. Never, ever, ever doing this again. I'll pony up the money for the Tough Mudder.

The worst race I've participated in ever.

The race started an hour late. The course was very poorly marked. In some areas you could not determine the route at all. Attempting to ask the staff was a lost cause. They had no clue as to which way we should go and didn't seem to be concerned at all. The 40+ obstacles on the 10K? Try closer to about 15. They are trying to count small dirt piles as obstacles.

Also they did not do a very good job sending out the different waves. I ran the 10K and was towards the front of the group. When we reached the 1st significant obstacle the 5k group was in front of us holding up the entire race because the left 5 min after us and their route cut out the 1st 2 miles or so.

I convinced several friends that have never done a mud run before to try it. I personally feel bad for talking them in to giving it a shot. They were not impressed and I'm sure it will be difficult to talk them in to running another race in the future because of this.

They did a lot of bragging and chest thumping about their 16 years’ experience. It felt more like 16 days as a participant.

Awesome race. This was my fifth race of this kind. Ran the rained out race in June. I just think it was great that they were honorable enough to hold the event instead of running out on everyone like that other race did and taking the money. I ran the fall event also. Parking was easy. Registration was in a giant green tent with a "Mud Run" logo on it along with the other tents in the vendor area. Easy to find. Had 4 friends with me. We registered, got our t-shirts and elected not to be timed. Cheaper than any of the other races I ran (and better). Ran Tough Mudder and it was $150, most of the obstacles sucked, we waited forever at every obstacle, it started late and it was just a lot of running. At this race there were 32 obstacles, some things I would have considered obstacles they didn't (muddy holes) and they were both tough and easy which I think is the point. I certainly don't remember any being repeated other than some of the walls of varying heights were built with logs that looked similar. Some crawls were long, some were short and I think they were designed to break up the run and challenge both teams and individuals. I thought the terrain was incredible and the obstacles were a true challenge when they were meant to be. My team struggled on some of the tougher ones but I only had trouble with the cargo net and gorilla ropes. One of the crawls had barbed wire on it and the last one did not...but I think that was the point....it had logo flags on it instead to let you know it was the last obstacle. Roller hurdles were EPIC and very hard and I thought the bridge that floats on the pond was a blast. Run to the finish was about an 1/2 mile but welcome after some of the tough obstacles and hills. I thought it was an amazing race with great scenery, great camaraderie and just better that the other races I have run which seem to be about jumping over hay bales and running through a stream and that's it. Can't wait for the spring race as I was told they are adding obstacles. Just can't say enough about integrity of a group to go through all it and not bale on us like that other company did. They did safely execute a race and make it challenging and fun. My son ran the kids course and had a blast. Highly recommend!

business 0.3
The Ultimate Mud Run, Obstacle Race and Adventure Race Guide , USA 2.3 5.0 21 21 I would avoid this race at all costs. Everything you are told in the Mud Run Production emails is a LIE! My husband and daughter ran in the kids run. Website says it’s 1-1.25 m
Page:
123